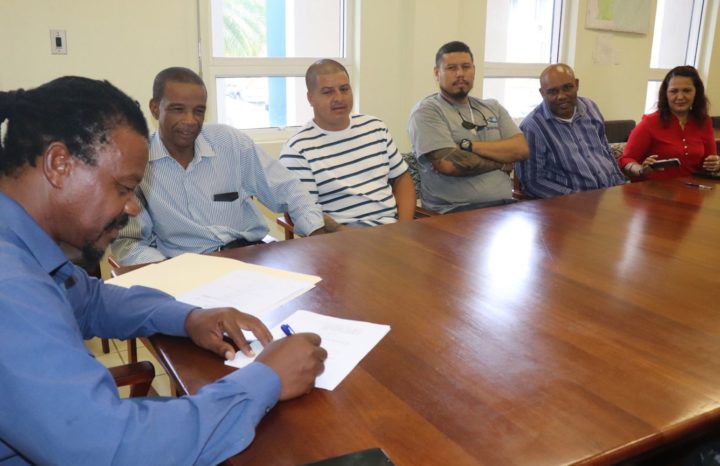 By Aaron Humes: A new statutory instrument attempts to resolve the issue of bus transport between neighbors Belize, Guatemala and Mexico.

Signed by Transport Minister Edmond Castro this morning, the companies operating from Guatemala and Mexico such as ADO and Linea Dorada would be allowed one regular run to and from their home bases, only allowed to drop off passengers in Belize who travel with them from across the border, and pick up passengers who travel from Belize to those countries; that is, they would not be allowed to pick up passengers in country.

Guatemalan buses transiting Belize to Mexico must show their manifest documenting passengers at the borders. The arrangement will be tested between now and October 8 and subsequently evaluated.

The Belizean Bus Association has long raised the issue and recently threatened a strike to get the attention of Government.

But according to Attorney General Michael Peyrefitte, “We just wanted the Bus Association and the Taxi Association to appreciate that when you solve one problem or please one sector of the public, other sectors are affected as well. Immediately after the decision we made on August 7th there was starting to be some kickback from the Mexicans, from the Guatemalans, it was already affecting the local tourism industry. We felt that it was important that whole we would not change our mind based on the agreement we had on August 7th. We want the Taxi and the Bus Association to appreciate that when you solve that problem it created other problems.”

Association President Thomas Shaw pronounced himself satisfied, and said its membership including Premier Charters have seriously upgraded and stand ready to market the same service as those of ADO and other international operators.

There was also belated input from the Hotel Association and Tourism Industry Association.

Minister Castro told reporters yesterday that one of the things now outlawed is buses going directly to the two water taxi terminals in downtown Belize City; they can only collect and drop off at the main terminals in Belize City, Orange Walk and Corozal in the North and Belmopan, San Ignacio and Benque Viejo in the West.

But he also reminded that in general, operators who got a standardizing of prices a few months ago, are moving slowly to modernize their buses, address standing in the aisles and other critical issues.