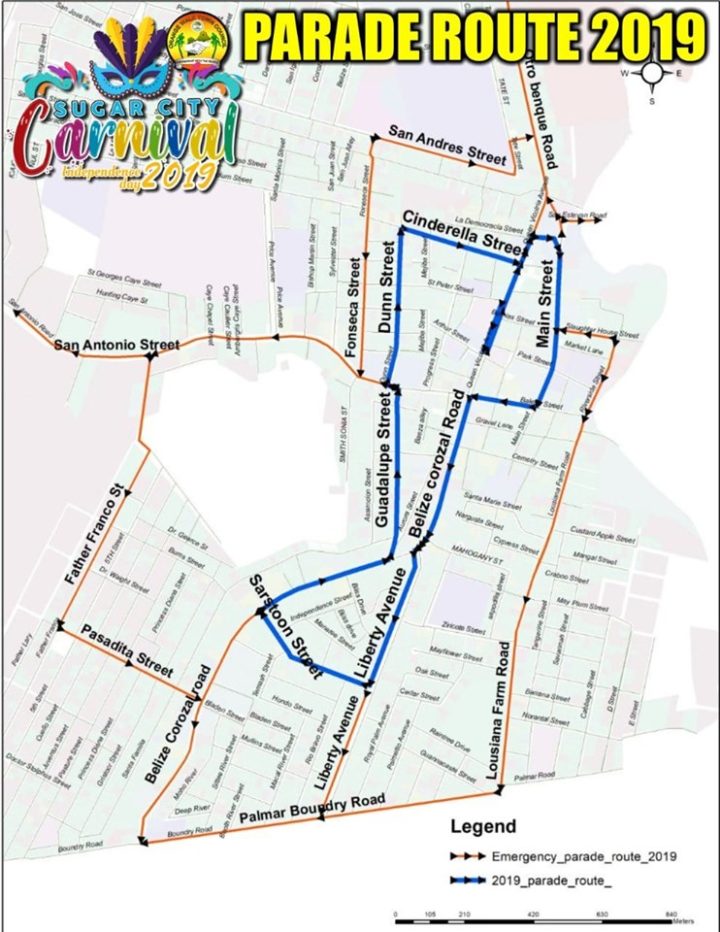 The organizing September Celebrations Committee had previously removed Main Street from the parade route after concerns about the safety of businesses on that street and also the security of observers, participants, and vehicles and in ensuring that an emergency exit was made available.

After meeting with business-owners, the Police, and interested parties, the council will return to Main Street in the parade route.

Before making that decision, the council considered that because the public and bank holiday will be the 23rd, there will be less of a crowd that will flock to Orange Walk for the parade on September 21st.

“As the September Celebrations Committee and Council, we are also always mindful of the welfare of our business community, which anticipates the September activities as a boost of sales. A number of businesses are concentrated on Main Street and that had to be a factor in our decision making,” a statement from the council expressed.

In addition, the council says that the safety and security of residents always comes first, and in returning Main Street to the route, they have also put a plan in place which will enhance traffic monitoring and Police presence in that vicinity.

The people who congregate at the Main Street will be asked to move along as soon as the parade passes, as that artery will remain open as a primary emergency exit.