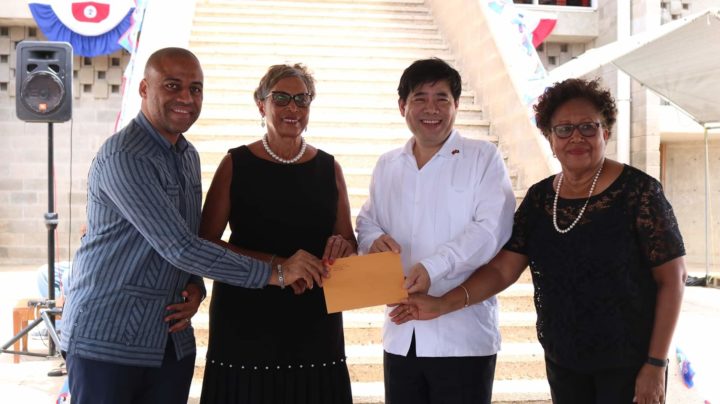 The official handing over of the contribution was done by His Excellency Remus Li-Kuo Chen, Ambassador of Taiwan to Laura Tucker-Longsworth, Speaker of the House of Representatives, during a handing over ceremony held at the foot of the National Assembly Building in Belmopan.

Also present at the ceremony this morning were Darrell Bradley, President of the Senate; Members of the House of Representatives and the Senate; and other invited guests.

Laura Tucker indicated in her speech that the contribution will be used to acquire a new system that would improve the facilities used by the media houses who broadcast the proceedings of the Assembly.

The new audio/video system will consist of 3 cameras installed to capture multiple angles, and each media house will then be able to connect to a live audio/video feed.