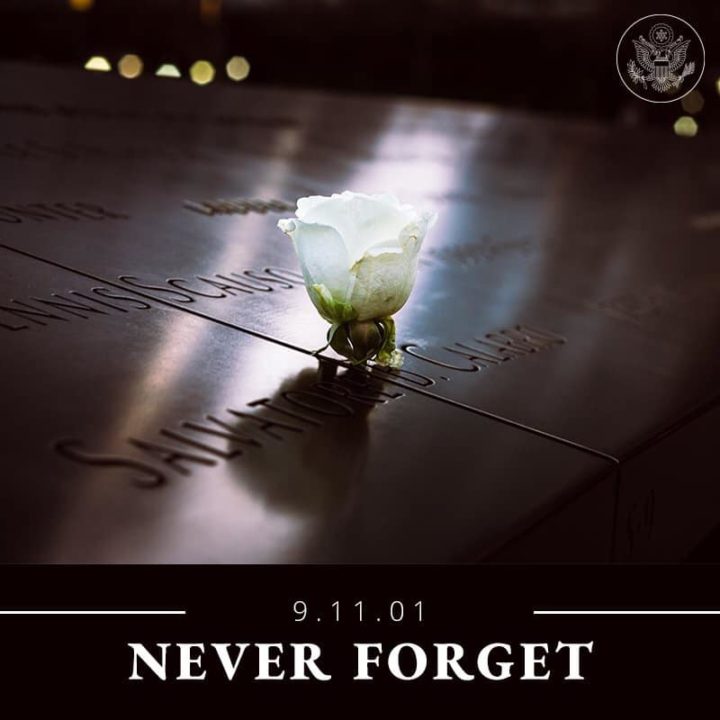 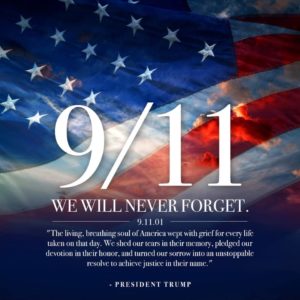 By BBN Staff: Today, the United States of America (USA) and the world remember those lost on September 11, 2001.

It has been 18 years since two hijacked passenger jets flew into the twin towers of the World Trade Center in New York City.

Almost 3,000 people were killed and thousands more were injured.

The families of those whose lives were lost will gather once more at Ground Zero and memorials are being held all across the USA to honor and remember the victims.

An outpouring of grief accompanies the memorials and the sound of a bell tolling in mourning.

US President Donald Trump will attend a ceremony at the Pentagon where the third plane exploded, while Vice President Mike Pence will speak near Shanksville, Pennsylvania, where heroic passengers brought down the fourth jet before it could reach Washington.

Former President George W. Bush, the commander-in-chief at the time of the 2001 attacks, is due at an afternoon wreath-laying at the Pentagon.

A sunset memorial was held in Shanksville where mourners held up an American flag in tribute to ‘the heroes of Flight 93’.

It is the day that shook the world and it has become a solemn and sacred ritual in the United States each September 11 — pausing for part of the day to remember the victims of the 9/11 terror attacks.