FCD: Cattle ranching on the rise along border 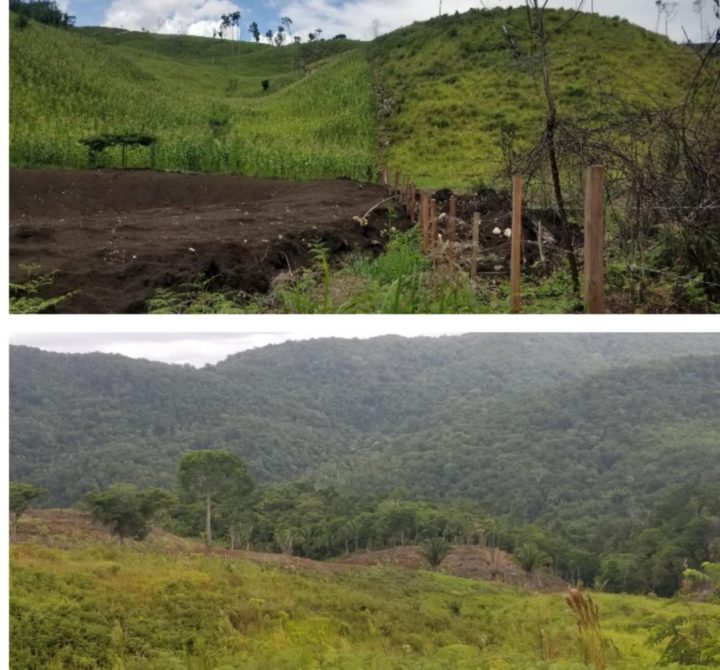 By BBN Staff: Friends for Conservation and Development (FCD) issued a statement informing that there has been a spike in cattle ranching along Belize’s western border.

In March, more than 80 pastures were documented in an area of 90 km of the western border.

FCD says that the increase appears to be occurring more aggressively.

Some of the areas observed have not been addressed in the last five years or in some cases over the last ten years.

A more aggressive encroachment with more investment appears to be made by Guatemalan groups moving further into the territory.

For the Chiquibul Forest, two areas are of top priority.

Areas in the Chiquibul currently being aggressively encroached by Guatemalans include Valentin, Retiro, South Cebada and North Rio Blanco.

These areas require a serious and persistent intervention aimed at dismantling Guatemalan investments before these come further into Belize and claim more ownership of the land.

Priority area number one is 4.5 kilometers north of the Rio Blanco Conservation Post. The Jimenez family have been using the land and investing more in cattle ranching since 2009. This encroachment has never been addressed. In the last two years Jimenez invested in major water reservoirs built by bulldozing ponds. FCD first reported this in 2010 with an official map of the area and aerial and ground pictures of cattle, fences and corn plantations.

Priority area number two is located in South Cebada, 4.5 kilometers south of the Cebada Conservation Post. This area has not been addressed effectively.

Encroachments in south Cebada were first detected in 2011 and FCD placed park boundary signs along the border but these were destroyed.

Currently FCD estimates that 1,325 acres of Belizean lands are being occupied for cattle and corn plantations on these two priority areas along the Chiquibul western flank.