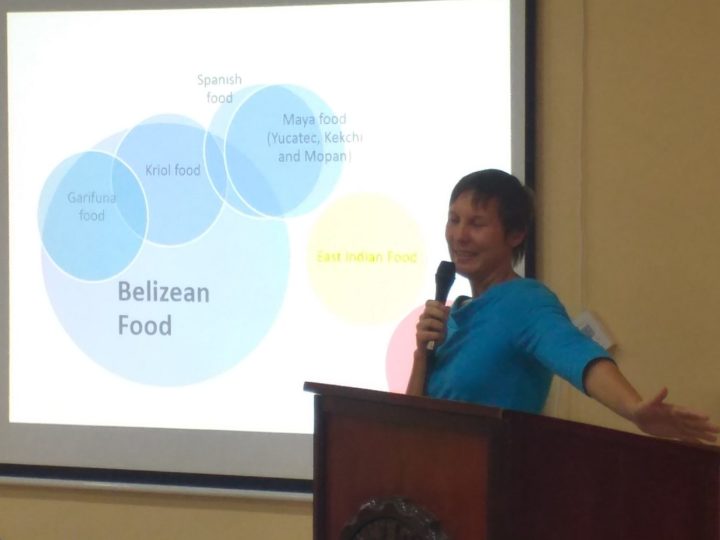 The book, which focuses on how tourism drives culinary innovation and how tourism can help develop a national cuisine, and how cultural politics effects which culture’s food is represented as Belizean food, is available now on online carriers such as Amazon and is sold locally at Belize Flavors in Placencia.

Spang said the book is the culmination of seven year’s worth of work including data gathering and analysis, during which she discovered a pattern that some foods were being regarded as “more Belizean” than others, particularly the traditional foods of the Kriol and Garinagu ethnic groups.

Spang, who was born and raised in the Toledo district, says she had a group of 50 participants look at food cards and sorted the cards in different categories of food with “Belizean” food being one of the categories. The majority of those participants viewed the traditional rice and beans with stewed chicken and potato salad as “Belizean” but were hesitant to put food commonly eaten by groups such as the Mestizo in the same category.

“We don’t want to say that Belizean food is just Kriol food because that means that only Kriol people get to represent the nation through their food and that’s not fair to everybody else. So we need to make sure that when we talk about Belize food we need to include all the different groups, which means that we as Belizeans need to learn more about our food.”

Spang said that the research points out several social inequalities and serves as a platform for a greater dialogue that needs to be had about pluralistic nationalism and ensuring that everyone’s cultural identity is being accepted as “Belizean.”