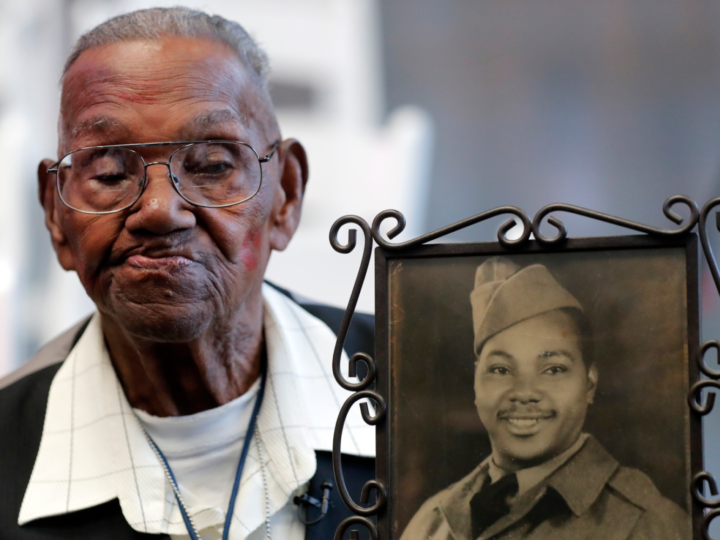 Brooks was stationed in New Guinea and the Philippines as part of the 91st Engineer Battalion, which was predominantly made up of African Americans serving under three white military officers and his daily routine included cleaning their sheets and uniforms and shining their shoes.

In the museum’s collection of oral histories, he recalled throwing loads of barbed wire into the ocean after one of the engines on his C-47 plane went out. He was later awarded the rank of Private 1st Class. He was joined by his family, all New Orlean natives.

He was serenaded by the museum’s vocal trio and was presented a birthday card as attendees dined on festive cupcakes. “The Museum’s mission is to tell the important stories of the men and women who served in World War II,” Stephen Watson, president and CEO of The National WWII Museum, said in a statement. “We are honored to celebrate Lawrence Brooks, whose life and service are filled with such stories of bravery and determination.”

Brooks also told reporters he has no plans of slowing down at 110.