Police say cause of Adamir Choc’s death is inconclusive 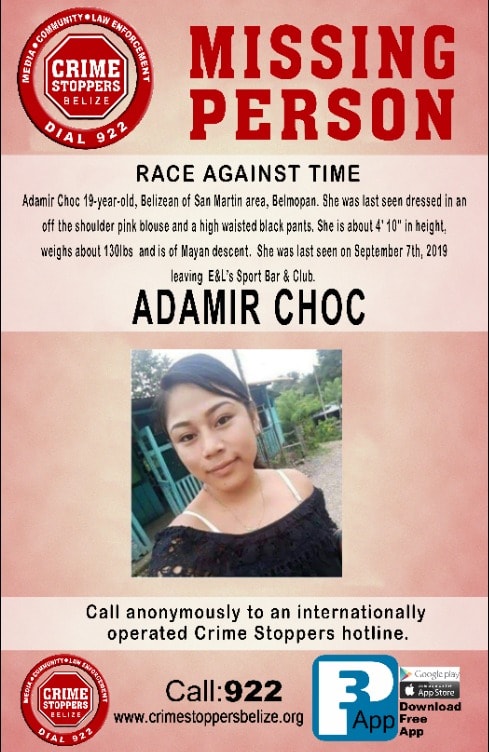 By BBN Staff: In a press conference held yesterday, Assistant Commissioner of Police, Joseph Myvette, commented on the death of Adamir Choc

He recounted, “On Saturday afternoon, Belmopan police were called to an area off the George Price Highway, on a feeder road known as Never Delay Road. Some 500 yards off the main road, the decomposed body of a Hispanic female, later identified as Adamir Choc, was found in an advanced state of decomposition. If you would recall, she was reportedly last seen alive on the 7th of September, and thereafter, 2 days later, an official report was made to the police that she was missing. Her body has since been removed from there, where a post-mortem examination was conducted.”

According to him, that examination suggested that the cause of death was inconclusive due to the advanced state of decomposition.

Myvette refrained from commenting on any signs that she was raped or had entered a vehicle.

However, he did reveal that the friends she was with prior to her disappearance have been detained and interviewed but not much useful information was shared.