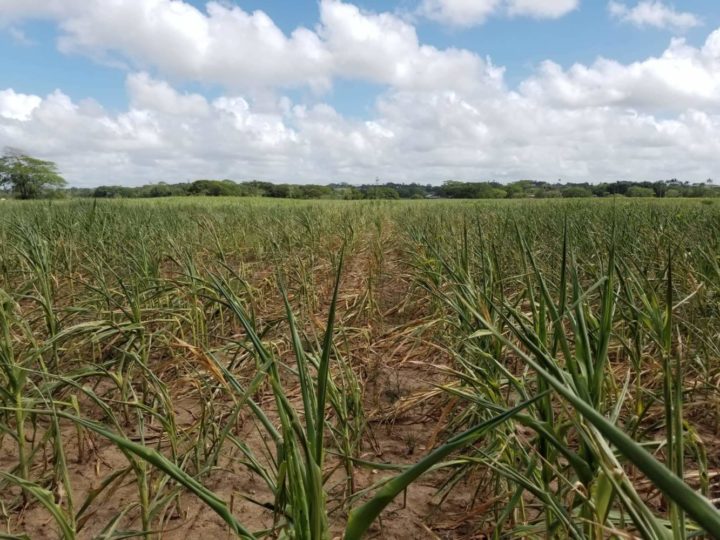 By BBN Staff:  A short while ago the Government of Belize (GOB) announced that there will be a partial State of Emergency declared in Belize due to the extended drought situation which has ravaged the agricultural sector. The areas to come under this jurisdiction are the Cayo, Belize, Orange Walk and Corozal districts.

Prime Minister Dean Barrow is hosting a press conference along with members of the Agriculture and Banking sectors to update the nation on the drought situation and the interventions being mobilized to assist farmers cope with the drought.

According to Barrow the state of emergency is being declared specifically to meet the requirements of the International Financial Institutions (IFI’s) to facilitate easier access to very concessionary financing. The declaration will not entail the use of security forces and no curfew will be placed on the movement of people.

Barrow said that the impact assessments done by the Ministry of Agriculture shows that farmers have taken losses in excess of $50 million. GOB has secured loans for the farmers from the IFI’s to allow farmers to invest in equipment and systems necessary to handle the drought. However, despite these interventions the impact on the sector will take some time to be reversed.

Officials at the press conference also predict that the price of food will have to be increased in the coming months due to the impact the drought is having, and will have, on food availibility.

GOB said they began monitoring the drought sotuation at the end of May.