Police: No update in Belmopan double murder, killers at large 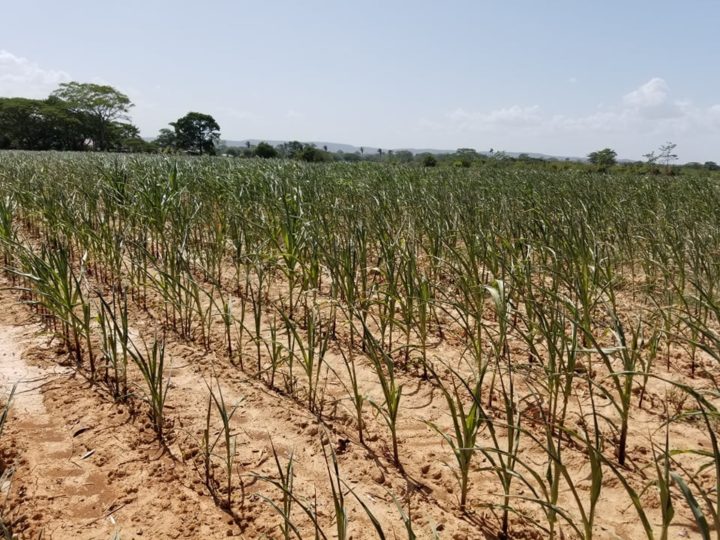 By BBN Staff: Much has been said about the effect of the current drought and its effect on Belize’s farmers, but today the experts acknowledged that the drought will begin affecting Belizean households in the form of food shortages, increased food prices and decreased quality in some goods.

The Government of Belize held a press conference today, at the Radisson Fort George Hotel and Marina in collaboration with the Ministry of Agriculture, Belize Banking Association and Central Bank of Belize giving key presentations.

“The cost of food is going to up folks, whether we like it or not,” said Sandra Bedran, President of the Bankers Association as she outlined some of the reliefs being offered to affected farmers.

Bedran stressed that there is no quick fix to the damage the drought has brought on the agricultural sector, and even though emergency supplies such as seeds and fertilizer will be distributed to farmers, the reality is that plants take time to grow.

The drought has affected farmers and ranchers countrywide damaging crops such as rice, corn, citrus (which has already been battling other environmental issues), as well as livestock. As supplies of these commodities lessen, the prices will inevitably go up.

The inevitable price hike in the ingredients for meals is also expected to have a ripple effect on the sale of food such as tacos and rice and beans. Breaking Belize News has already been tracking an increase in the price of rice in Belize City, and awaiting more data from the Statistical Institute of Belize to see other areas being affected. The effect that the drought on livestock may cause further reductions in the price of cattle but chicken and pork prices are expected to increase as the price of corn, soybeans and other feedstock increases.

Following a comprehensive needs assessment done on over 8,000 affected farms, GOB has prepared a number of interventions, acknowledging that food shortages could affect vulnerable populations and elevate health and environmental degradation risks.