Belize, where life has no value?

Garifuna Collective highlighted in US Publication 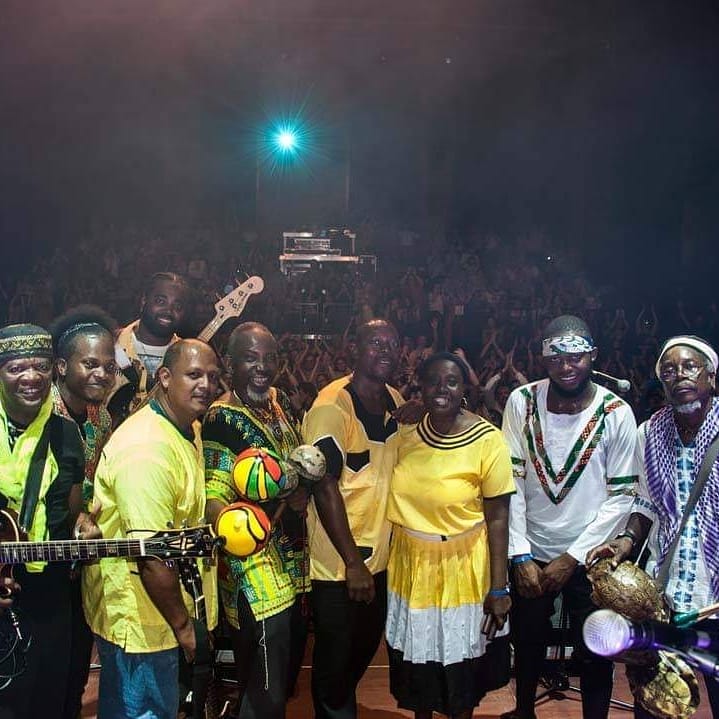 By BBN Staff: The Garifuna Collective made international headlines this week being featured in an article published on Taos News.com, the online version of a weekly publication in Taos, New Mexico, USA.

“‘Hot’ doesn’t even describe what this band brings to the Mothership stage,” the article said.

The Garifuna Collective, a band consisting of some 50 members are in the United States as a part of an international tour that began in July. That tour kicked off in Europe and will end in the US with the Richmond Folk Festival in Richmond, Virginia, on October 12-14.

Along with their tour, the Garifuna Collective released their new album “ABAN,” on Sunday, September 15. The group has traveled to over 30 countries since they formed in 2006 and were even featured on Belizean Icon Andy Palacio’s album “Wátina” which won the prestigious World Music

Expo (WOMEX) Award, the BBC World Music Award and voted by Amazon as the number one World Music Album of All Time.