Fugitive thief gets away with fine 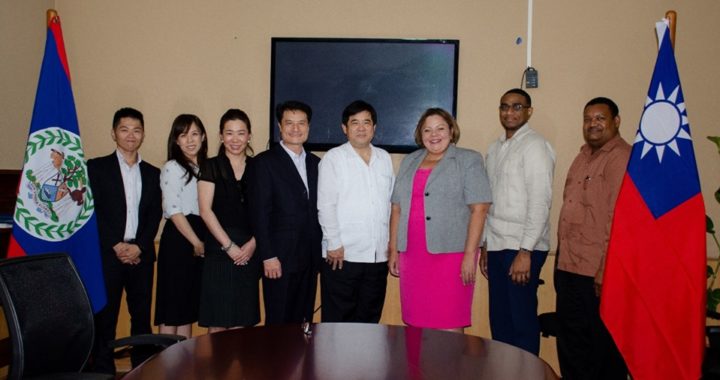 By BBN Staff: Minister with responsibility to Investment, Trade and Commerce,Tracy Taegar-Panton welcomed and hosted a meeting with trade representatives from Taiwan on September 18, 2019.

The purpose of the meeting, led by the CEO of the Ministry, Duane Belisle, and the Director General for Foreign Trade,  Andy Sutherland, was to chart the path towards commencing negotiations of a possible Partial Scope Agreement (PSA) between the two countries.

The countries will pursue negotiations for the conclusion of a PSA with the following core objectives:

1.           to establish tariff preferences and eliminate unnecessary non-tariff barriers to trade in goods covered under the agreement;

2.           to establish clear and transparent rules for trade in goods, including rules of origin, consistent with the Enabling Clause under the GATT-WTO;

3.           to establish a mechanism for promoting investment and business facilitation; trade and investment promotion in each other’s jurisdiction; and

4.       to promote development cooperation and technical assistance to assist and facilitate Belize’s further integration into the multilateral trading system.

These objectives are aimed at creating and increasing trade and investment opportunities between the countries based on a fair, predictable, transparent and long-term legal framework, with a built-in provision for future expansion in the scope of coverage.

The first round of negotiations is scheduled to take place at the end of October 2019 and both countries anticipate concluding a negotiated agreement within a four-month period.