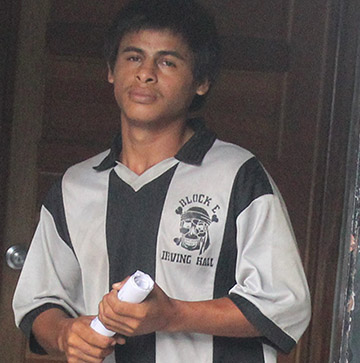 By Aaron Humes: The second of two men accused of the murder of caretaker’s wife Ofelia Hernandez Cruz in August was arraigned this evening.

20-year-old Julian Torres of Camalote, Cayo District, was read a charge of murder before Senior Magistrate Aretha Ford. He is accused along with 18-year-old Derry Bennett of knocking out Cruz with a hammer after invading her home, looking for her husband’s licensed weapon.

In court, no plea was taken from Torres who spoke fluent English and due to the nature of the offense, he was denied bail and remanded into custody at the Belize Central Prison until October 25, 2019, when he reappears with Bennett.

We understand that immediately after the murder, the second suspect had fled Belize to neighboring Guatemala and was later captured by police and brought back to Belize where he was handed over on the weekend to Ladyville Police, who had a charge of murder waiting for him.

During his appearance in court, Torres claimed he was shot by police, but he never said which police.