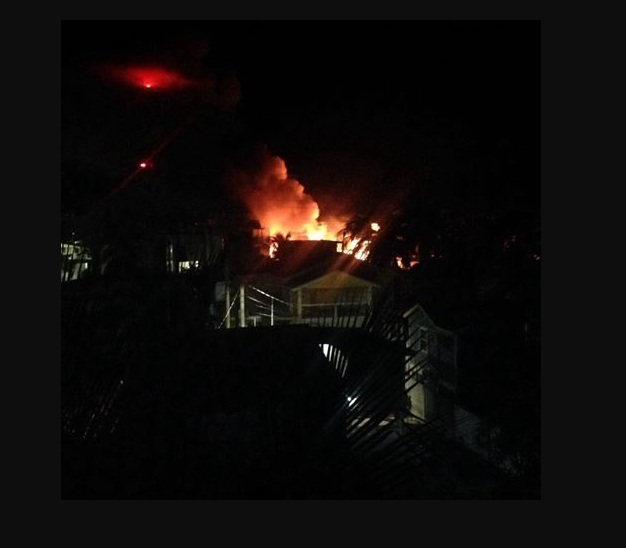 By BBN Staff: During the fire at Nandos Golf Cart Rentals and Apartments on the morning of Saturday, September 21, members of the public who were trying to help the Belize National Fire Service (BNFS) did more harm than good when they broke portions of a fire truck trying to help extinguish the blaze.

National fire Chief Collin Gillett explained that the fire truck arrived at the scene with 1,000 gallons of water; however; there is a procedure on how the hose on the fire truck needs to be activated and the civilians on the scene were not aware of the procedure when they went to activate the hose. They ended up breaking several levers on the truck and rendering it useless on the scene.

“When the fire truck pulled up to the scene, the civilians were already out there and I’m guessing in their enthusiasm they started to pull the hose, then started to pull the levers, the lever that they pulled to engage the pump to make it work, they broke it. Because there is a process that you have to push one and pull one, they pulled it too hard and broke it. And then thinking that it was engaged they started to stomp on it with their feet, After that, they came with a hammer and actually broke off two other levers,” Gillett explained.

The fire totally destroyed the building, displacing 16 people. Neither the building nor its contents were insured. Gillett said the BNFS has determined the location where the fire started, on the northeast corner of the building; however, the cause of the fire is still under investigation.