Firefighters extinguish fire before it consumed a Belmopan home 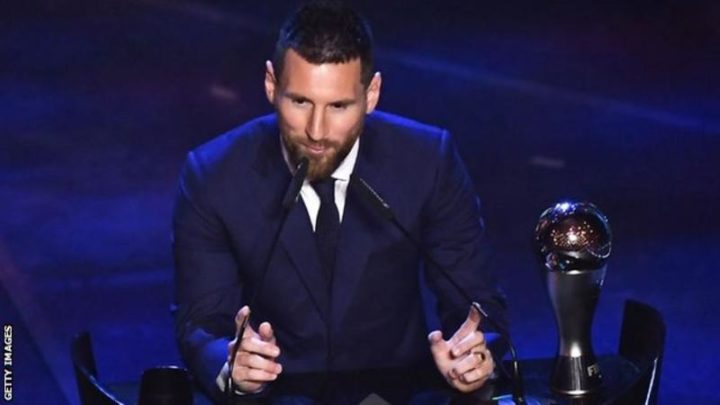 By Aaron Humes: Barcelona and Argentina forward, Lionel Messi beat out rivals to win his sixth FIFA award for world male player of the year at the annual award ceremony in Milan, Italy on Monday.

Messi, also a five-time Ballon D’Or winner, scored 54 times in 58 appearances en route to another La Liga title in Spain, but missed out on the Champions League, Spanish Copa Del Rey and Copa America titles, finishing runner-up in the first and third.

Messi appeared to accept his award, but wound up injured during his side’s match with Villarreal earlier today.

FIFA’s “The Best FIFA Football Awards” were first established in 2016, but the player of the year award dates back to 1991. For five years between 2010 and 2015, the FIFA Award, voted on by a select panel, was joined with the Ballon D’Or, managed by France Football magazine and voted on by journalists.

Other winners included Van Dijk’s coach Jurgen Klopp of Germany for best coach; Liverpool’s Alisson for best goalkeeper; Dániel Zsóri of Debrecen in Hungary for the best goal (Ferenc Puskas Award), and Marcelo Bielsa and Leeds United of England for fair play, allowing rivals Aston Villa to equalize after a score while one of their players was down injured.

Messi has mostly plied his trade in Spain and European sides have greatly figured in the awards, with only one non-European or South American player to ever win the award under any of its incarnations – Liberia’s George Weah in 1995. No player from any North American country has ever been nominated for either the FIFA Award or Ballon D’Or.