Showers expected for the next couple of days 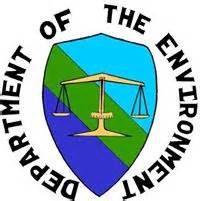 By BBN Staff: On September 12, 2019, the Sarteneja Alliance for Conservation and Development (SACD), responded to a call of a dead dolphin calf on the shores of Cerros Sands Resort, near Copper Bank Village, Corozal District.

SACD arranged for a necropsy to be conducted on the dolphin by a certified veterinarian, which resulted in the determination of the cause of death to be “internal bleeding due to muscle bruises in the chest area as a result of ‘blunt trauma’”.
SACD determined that the contamination of the New River was not associated with the death of this dolphin as was previously speculated by members of the public; however, various tissue samples were taken to conduct histology and toxicology analysis for determination of any toxicity build-up.
The Department of the Environment (DOE) says that it has been consistently monitoring the water quality of the Corozal Bay and has not found any evidence of degraded water quality conditions as those currently observed in the New River.
Both the DOE and SACD have conducted independent investigations into reported fish kills in the Corozal Bay and neither entities have been able to confirm that such fish kills have actually occurred.
DOE says that it will continue with its ongoing water quality monitoring programme with the assistance of SACD to monitor the condition of the New River and the Corozal Bay.
“The public is advised to apply caution to information circulating on social media about the New River issue and to seek accurate information from relevant authorities at the Ministry of Environment,” DOE says.
The public is also advised to report any observations of fish kills or any other useful information directly to authorities at the Ministry of Environment so that those matters may be investigated and dealt with efficiently.