“Ministry of Human Development on board with getting police more training,” says CEO 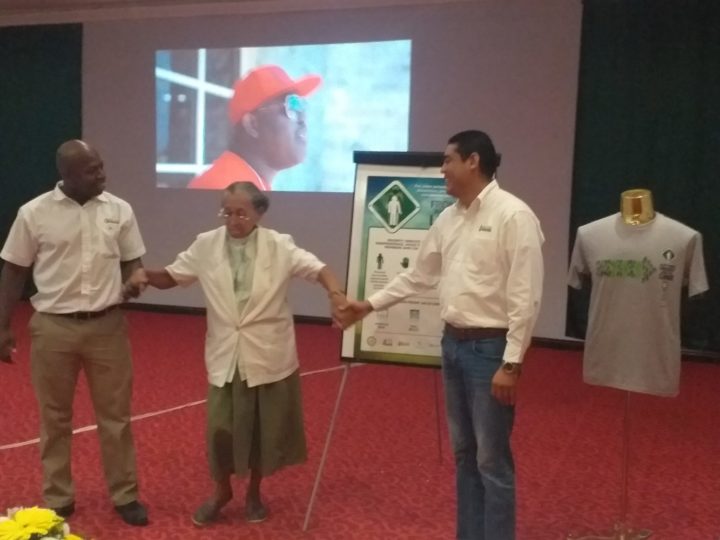 The launch took place at the Ramada Belize City Princess, with several entities such as the Belize Association for Persons with Diverse Abilities (BAPDA) and the Ministry of Human Development in attendance. The campaign takes a two-phased approach with one aspect being to sensitize the public about the need to give special considerations to the elderly and the other groups mentioned in the campaign. The second component is to work with the Belize Bureau of Standards to create a national standard for priority service, which will establish a minimum set of services that you can receive at a priority service window.

Ix-Chel Poot, Executive Director of the National Council on Aging, noted that the launch coincided with the global celebration of International Day of Older Persons which is being held under the theme “The journey to age equality.”

She stressed that an older person who can conduct their own financial transactions is less likely to be a victim of financial abuse which is one of the major forms of abuse suffered by older persons. Chief Executive Officer of the Ministry of Human Development, Social Transformation, and Poverty Alleviation Judith Alpuche, noted that the considerations that the campaign emphasizes  such as allowing them to be served first in the bank or at organizations that collect bills where lines can usually be long, or allowing them to have a seat on the bus, reflect traditional social values once mainstream in Belize.

The launch concluded with an Aging Expo where various organizations hosted information booths and the NCA collaborated with its partners to distribute mobility assistance devices to some of the elderly persons attending the event.