Faber vs Saldivar – who’s back does the Prime Minister have?

Love and Rage: Q&A with the author

How do you solve a problem like voter padding? 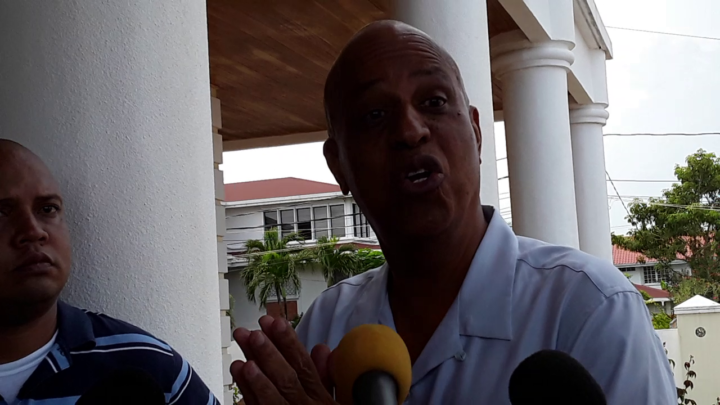 By Aaron Humes: After recent revelations of lists of voters exceeding the expected capacity of certain households in one of the biggest electoral battlegrounds in Belize, namely Belize City, both major political parties readily admit their guilt.

But what do they intend doing about it? The ruling party’s leaders of the Senate and the Executive today suggested different approaches.

The former, Godwin Hulse, told reporters he is still an advocate of proportional representation which removes voter addresses out of the equation, but added that “where you live, you vote.”

Hulse says he plans to discuss the concept in a book once he retires, but until then, there is always the mechanism of challenging registrations in court before the revising officer, a Magistrate, whose decision is final.

As for Prime Minister Dean Barrow, who advocates the same route, he quoted one registering officer who said she was not concerned about anything other than double registration – so while it is not fair to try to “hide” voters, the principle of “one person, one vote” still applies.

It should be pointed out that most identification processes – for passports, Social Security cards, drivers’ licenses and the like – do ask for addresses, and as Barrow says, those who are listed as being at a particular address have arranged for the landlord or a representative to confirm such.

That said, Barrow concedes that voter list padding “distorts” the question of representation for a particular constituency. He also pointed to those who vote but live overseas, asking, “They live nowhere – which constituency are they going to register in? It’s not as straightforward as you may think, but you are right that people should register where they truly live, that you continue to have both sides and a number of individuals running red lights, so to speak, is again, I think, an unchangeable fact of our political system and political landscape.”

Ultimately, he concluded, it is up to voters to demand change, even if the politicians are the ones driving the moves.