Belize pledges zero net emissions by 2050 but will it be enough? 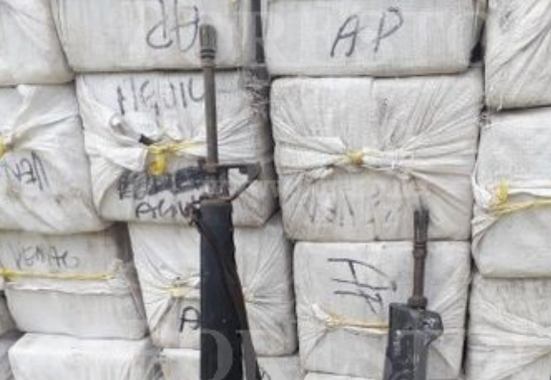 By BBN Staff: Media houses in Mexico are reporting that Mexican authorities have discovered almost a ton of cocaine along with weapons and vehicles, only kilometers from the border shared with Belize.

The bust, which includes 48 sacks containing 20 packages of cocaine each weighing in at 960 kilograms, three assault rifles, and two vehicles, happened in the vicinity of the Tomás Garrido community, in the municipality of Othón P. The bust comes only two days after the jet with no registration, or flight plans crashed in Blue Creek, Orange Walk. Mexican authorities believe that, given the timing and proximity of the find, the drugs are connected to the crashed
aircraft.

The Ministry of National Defense announced that it remains alert to the possible invasion of Mexican airspace at the southern border by drug-laden planes traveling from Central and South America.