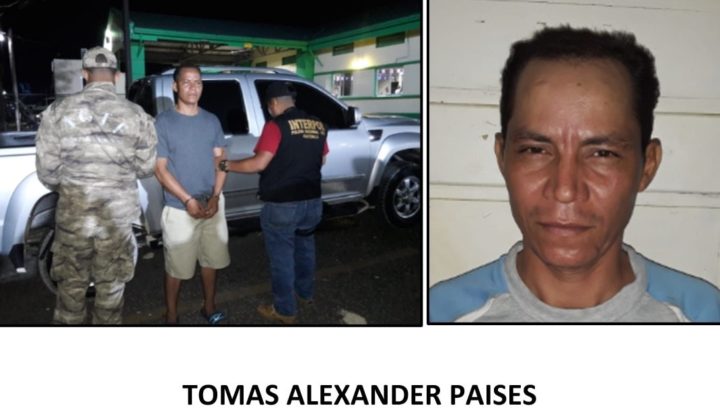 By BBN Staff: On Tuesday, October 1, 2019, the Anti-Gang Task Force (AGTF) and Interpol personnel of the Belize Police Department handed over Salvadoran Tomas Alexander Paises, 36, an (MS-13) gang member to Salvadoran and Guatemalan Interpol representatives at the Belize Western Border.

Paises was initially detained on September 18, 2019 during a police operation targeting gang members in the Belmopan area.

A check of his legal status revealed that he had overstayed his time in Belize and he was charged with “failure to comply with a visitors permit” by immigration officials.

Police investigations into his background with the assistance of anti-gang counterparts in El Salvador revealed that Paises was convicted via an Ex parte trail in El Salvador in October 2015, along with other MS-13 gang members for robbery and kidnapping.

Paises will serve a 48-year prison sentence in El Salvador for crimes committed in that country.

Prior to his detention, he was residing at Maravilla Street, Las Flores area in Belmopan City.