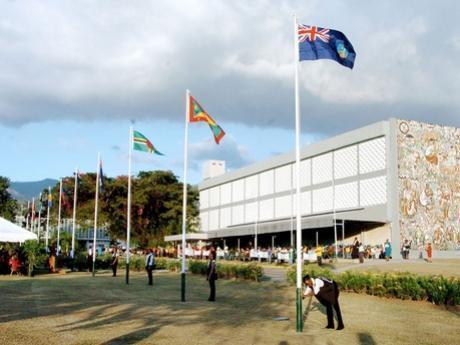 By Aaron Humes: According to the Jamaica Gleaner, The Times of London has listed the University of the West Indies (UWI) at number 591 on its 2019 Times Higher Education World University Rankings – among the top five per cent of the world’s best institutions – its first entry and the only Caribbean entry.

UWI, formed 71 years ago, has three main campuses in Mona, Jamaica; Cave Hill, Barbados; and St. Augustine, Trinidad and Tobago. It has produced multiple heads of government for the Caribbean (including current Prime Minister of Belize Dean Barrow) and has hosted two Nobel Prize winners (former principal William Arthur Lewis, who won in 1979 for Economics; and poet Derek Walcott, who won in 1992 for Literature) among its many alumni.

Belize also hosts the Open Campus in Belize City headed by Dr. Jane Bennett, which offers higher, distance and continuing educational products, research and innovation and outreach services from all of its locations across the Caribbean region.

UWI ranked in the top 10% of universities (#290) for its international outlook and in the top 30% (#370) for research influence. It was also the only Caribbean university ranked earlier this year in the’s 2018 Latin America University Rankings, in the region that is home to over 100 universities contributing to sustainable development.

The University’s statement credits Vice-Chancellor Professor Sir Hilary Beckles with planning to “radically globalize the University and to prepare it for regional and global comparisons within the THE’s rankings.”

The Vice-Chancellor himself exulted, “The excellence of The UWI has been a well-kept secret for far too long. Now, with these very impressive global ranking results, we can begin to share with the world the story of this academic enterprise in the West Indies that highlights the intellectual achievement and scholastic contributions of the Caribbean community.”

UWI commits, in its five year strategic plan through 2022, to widening access to quality tertiary education, greater alignment of The UWI with academic-industry partnerships relevant to the region’s needs and agility and alertness in engaging global connections and possibilities.