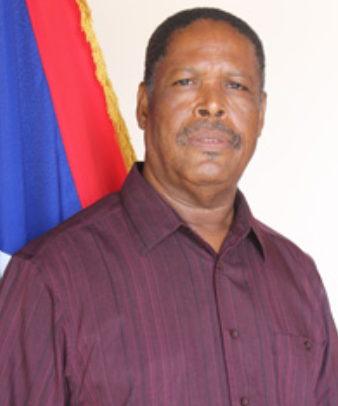 By Aaron Humes: The Senate by majority of the Opposition and social partners has voted down the write-off of a controversial unpaid student loan to the son of a former Cabinet Minister and current Cabinet Secretary.

Joshua Perdomo failed to return to Belize from studies in forensic genetics in 2011 and never repaid the more than $40,400 bonded to him.

The Government is preparing to eat nearly $75,000 in losses for vehicles involved in traffic accidents.

The vehicles were lost between 1997 and 2010 and involved a police officer (then of the Ministry of Home Affairs), the Magistracy, the Income Tax Department and the Belize Defence Force.

But could it or past Governments have done more to recover the monies for this and the Perdomo loan? That is the question raised by Business Senator Mark Lizarraga and others during this morning’s session.

In respect of the Perdomo write-off, Senator Lizarraga quoted an attorney (whose letter, it was noted, failed to reach the Committee of the House which discussed it in August but which he is prepared to share) who stated that there is a question as to which law applies in respect of the bond to Perdomo and his unnamed guarantor – whether it is a specialty or, as argued by Attorney General Michael Peyrefitte, a simple contract which statute of limitations expires in six years. He also noted that the attorney had offered to pursue recovery of the monies.

The social partners – including Churches Senator Ashley Rocke – opposed the motion. Senator Rocke set out points of morality and limitation and said that in the former case, Perdomo knew his specialty was sorely needed in Belize and if he knew he was not coming back, should have made arrangements to pay.

Marvin Mora said the Trade Union Congress has received a favorable response from Prime Minister and Minister of Finance Dean Barrow as to following up on investigating what happened and who if anyone is responsible. He also implored that the Government find ways and means to ensure this does not happen again.

The Opposition – Senators Michel Chebat, Isabel Bennett and educator Dr. Luis Zabaneh – complained about the double standard of seeming favoritism to Government-connected persons at the expense of ordinary Belizeans and the “opportunity costs” lost here – Dr. Zabaneh pointed out that Perdomo received up to 80% of his salary while on study leave but has not assisted Belize in his specialty.

But Attorney General Peyrefitte made note that Governments do this as a matter of course, and that Perdomo’s name is the one reason this one has made news. But he also pointed out that while his Ministry advised that the statute of limitations had expired, Perdomo still has a moral responsibility, even if he never works in or for Belize again, to repay the money – and if he does, he will be required to.

Leader of Government Business Godwin Hulse lamented that it is “hard” to work for Government as the low retirement age means you can spend all your life training only to be retired at the peak of your powers – and not be paid enough. But, the question of the write-off is a matter, he said, of not keeping the debt languishing on the books. And despite the oral admissions at the House Committee meeting, the motion was adopted without amendment.

But with the Senate’s thumbs down today it is not clear where the matter goes from here.