“Caribbean running out of time to adapt for climate change,” says new research 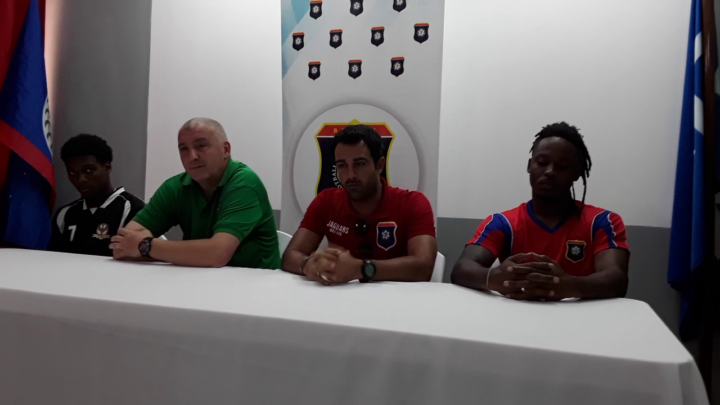 By Aaron Humes: It’s the Jaguars vs the Sugar Boyz tonight at the Isidoro Beaton Stadium in League B, Group A action of the 2019-20 CONCACAF Nations League.

Belize coach Vincenzo Annese says the team is not disappointed despite the sour start, aiming to get the first three points at home. At the same time, the Jaguars must respect the visitors, who he says deserve more than the one point they currently have (one more than Belize does).

Annese added that there is no choice between the internationals such as Deon McCauley and home players and that in this team game, everyone must work together to achieve the desired result, the focus must be on tactics, strategy and togetherness.

Midfielder Nana Mensah says “we have to put the past behind us…we know three points is very important for us, so we’re going to go out there and give it all, what we’ve been working on… we’re going out there to give St. Kitts and Nevis a good game.”

And the opposition has the same goal in mind. Winger Gvaune Amory and coach Claudio Caimi aim to cause a shock and get the Sugar Boyz closer to a Gold Cup appearance, and say they will treat each game as separate parts of the journey.

The CONCACAF preview makes note that this will be the third and fourth contests between the nations. Belize won 3-1 in a “home game” in Guatemala in 2008 and drew 1-1 away during 2010 World Cup qualifying.