Belize leads at half on Smith penalty 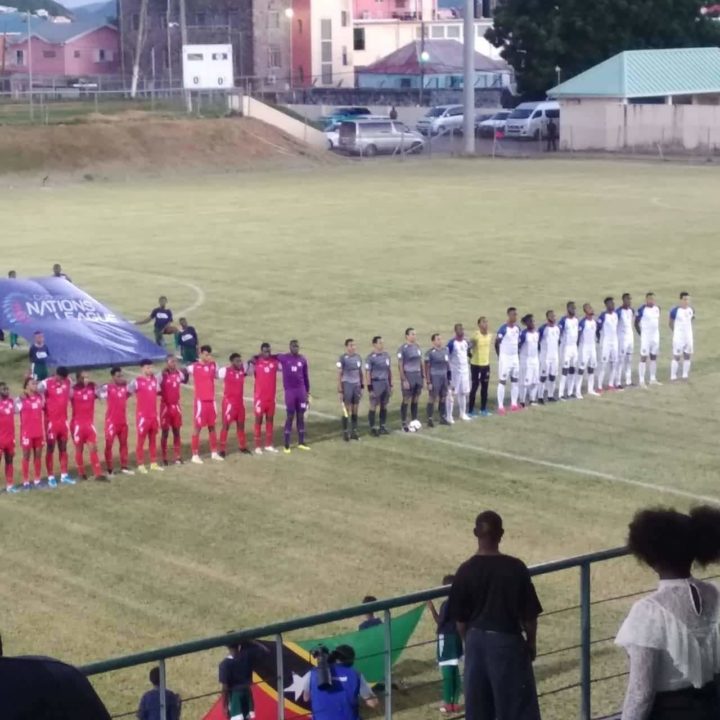 By Aaron Humes:  Showing greater tenacity and determination, the Jaguars paid back St. Kitts and Nevis on the road, making Elroy Alexander Smith’s third-minute penalty the winner tonight in Basseterre. Both teams had their chances in a wide-open second half, with Antonio Rocha’s miss being the closest that Belize came to scoring again.

While the Jaguars finally put points on the board, they are out of the chase for promotion to League A of the CONCACAF Nations League and automatic qualification to the 2021 CONCACAF Gold Cup after a Jamal Charles goal gave hosts Grenada victory over visiting French Guiana in a match that kicked off one hour later than Belize’s.

If the stroke of luck happens and Belize ends up in second place in League B, it would send Belize to next year’s two-round qualifiers for the Gold Cup. In this qualifier round, the second place teams in League B face off with the group winners in League C, then the winners take on the third place teams in League A.  So Belize still has something to play for on November 14 and 17, and the Jaguars will hope to salvage more than pride from a lackluster campaign.