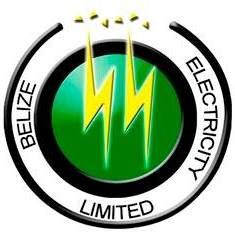 By Aaron Humes: Residents of Caye Caulker will eventually benefit from connection to the national electricity grid powered by Belize Electricity Limited (BEL), moving away from the expensive and inefficient generator-powered system used for years.

BEL has sourced US$6.84 million from the Caribbean Development Bank (CDB) which requires a Government guarantee.

But as at the House of Representatives, Senator for the Business Community Mark Lizarraga complained that there are still key areas of the country without electricity, specifically mentioning portions of San Pedro Town on Ambergris Caye, a few miles northwest.

The Opposition in the House had mentioned Belama Phase 4 in Belize City and villages in the Toledo District, while Cayo Northeast area rep Orlando Habet mentioned the high costs of power on the adjournment. For its part, BEL has cited its own costs in sourcing power from Mexico, and the drought reducing the availability of hydroelectricity from the three dams on the Macal River in Cayo.

But Senator and Attorney General Michael Peyrefitte says the Government deserves commendation for this effort, and need not be reminded of those still without, comparing the situation to finding a cure for cancer, and then being asked to do the same for acquired immunodeficiency syndrome (AIDS).

No time line was given for completion of the project.