NEMO issues advisory 2 on system in the Caribbean 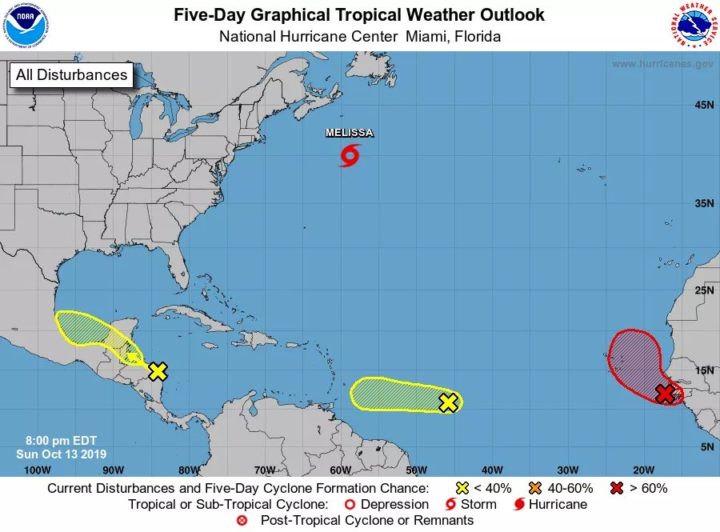 By BBN Staff: The National Meteorological Service of Belize and the National Emergency Management Organization (NEMO) today issued advisory number 2 on the monitoring of a broad area of low pressure located over the south-western Caribbean Sea.

The system continues to produce disorganized showers and thunderstorms.

This system is forecasted to move west-north-westward toward Central America, and some development is possible if it remains over water when it is near the coasts of Honduras, Guatemala, and Belize.

Regardless of development, this system could bring heavy rains to portions of Central America during the next few days.

There is a 10% formation chance through the next 48 hours.

The broad area of low pressure is forecasted to cross Belize late Monday into Tuesday morning.

Its approach and passage is expected to bring heavy showers and thunderstorms across the country which could result in potential flash-flooding especially in areas prone to flooding.

The National Meteorological Service will continue to monitor this system closely for an additional development before it crosses our shores.

People in flood-prone areas, farmers, fishers, and people on the islands need to remain vigilant and be prepared.