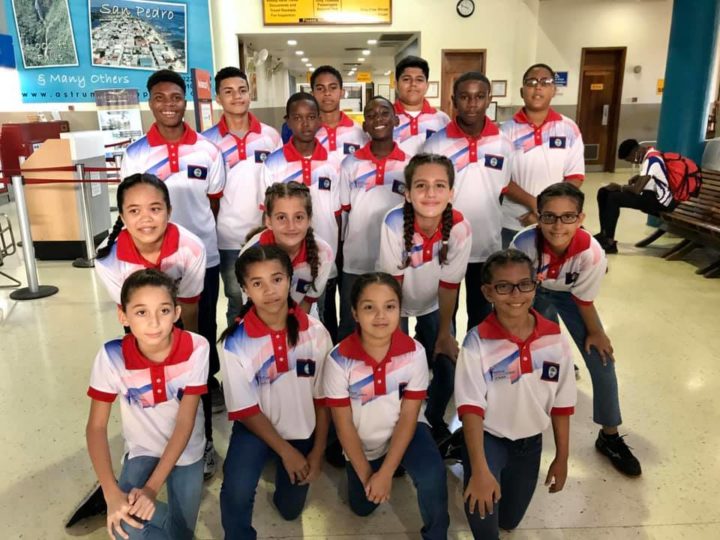 By Aaron Humes: Fifty-nine athletes and delegates are on their way to Costa Rica for the Elementary Level Council of Central American Sports and Recreation (CODICADER) Games being held until Sunday, October 20.

Belize is participating in mini-volleyball, kids’ athletics, and football 7. Other disciplines include mini basketball, artistic gymnastics, swimming, and table tennis and for those with disabilities, athletics and inclusive swimming.

The sporting activities began this morning, and the opening ceremony will be held at 7 p.m. in the National Gymnasium. The closing is scheduled for Sunday October 20, at approximately 4 p.m. in the BN Arena, after the mini-basketball finals are finished.

In addition to the sporting event, training will be provided for judges, referees and coaches, in the Federations Pavilion of the National Stadium, on issues of arbitration, attention to suicide and attention to bullying/harassment. A recreational outing is also scheduled for the students.

An under-13 male side will play what is essentially seven-a-side football on a half-size football field. The playing time will be four periods of twelve minutes each, with two minutes of rest between each quarter and ten minutes at halftime. The first seven players will participate in the first and third periods, and the next seven players will participate in the second and fourth periods.

Boys and girls will be represented in mini volleyball on a smaller-size court with eight players, four at a time on the court, best of three sets.

The athletics is a new concept similar to modern pentathlon, heptathlon and decathlon in which as described, “races, jumps and launches are experienced through games developed between mixed teams. The competition takes place over four days between teams consisting of ten athletes (five females and five males). Each team will have a designated color (red, white, yellow, light blue, blue, dark green and light green), representative of the flags of the Central American countries. Events include ladder races, long jump, relays, triple jump, forward squat jump, javelin throw, and endurance races.”