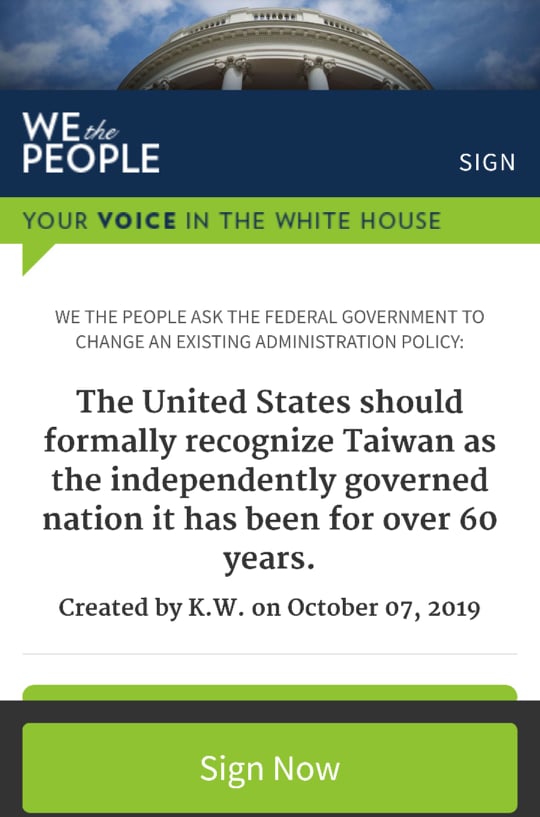 By BBN Staff: On October 7, 2019, a petition was launched to the White House calling on Washington to recognize Taiwan as an independently governed nation.

According to the report, the Trump administration will be required to issue an official response on the petition’s request by early January.

The petition will continue to collect signatures to garner support from Americans for Taiwan citizens.

The petition calls on the United States to “formally recognize Taiwan as the independently governed nation it has been for over 60 years.”

This year marks a major milestone for U.S.-Taiwan ties with the opening of the new American Institute in Taiwan complex.

“The 23 million Taiwanese who live in Taiwan, an island country independently self-governed for 60 years now, are a model for other Asian countries to follow, having transitioned from dictatorship into democracy in 1996 without bloodshed, when it voted for its first presidential election,” the petition states.

Those seeking to sign the petition can do so at petitions.whitehouse.gov.