Man, 62, killed in hit and run in Stann Creek

New date set for 2nd Annual Sleep it Out fundraiser

Ministry of National Security: Belize does not have military radar tracking capability 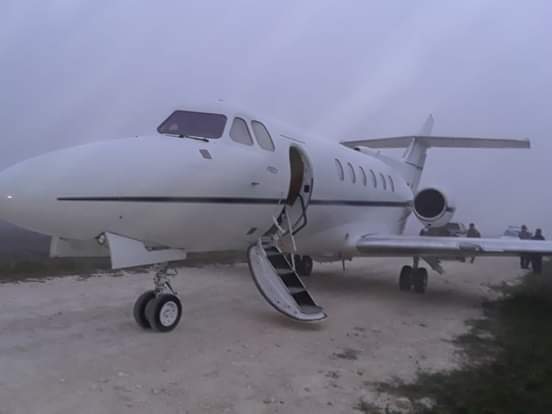 By BBN Staff:  Commissioner of Police, Chester Williams this morning confirmed that authorities had found a suspected drug plane in the Blue Creek area of Orange Walk.

At the time of the discovery, the crew and cargo were long gone.

The Ministry of National Security issued a statement minutes ago saying that on a daily basis there are members of the security forces of Belize deployed to intercept planes attempting to land illegally in Belize.

“These planes are suspected to have drugs on board destined for the North American market. Belize does not yet have military radar tracking capability. In the time being Belize relies on an external regional network that generates tracking information as soon as suspect planes leave South America,” the Ministry explains.

It goes on to say that these aircrafts must offload their cargo somewhere in Central America or Mexico after which it is transported overland to the North.

The Ministry says that once information of a suspect plane tracking its way towards Belize is received, security forces deploy to as many possible landing sites as our human resources allow.

“The fact is that there are so may possible landing options including existing roads and highways, which by the way cannot just simply be destroyed, that there is an element of uncertainty involved in predicting exactly where a plane may land,” it further states.

The Ministry of National Security says that it absolutely does not have the resources to cover every single landing option and the pilots of these planes make real-time adjustments and changes to throw the security forces off track to evade interception and capture.

According to the ministry, every day this is what plays out as our security forces are deployed based on tracking information received from our regional partners including Mexico and the U.S.A.

“The Belizean people can rest assured that our security forces are applying their best efforts in fighting these very sophisticated transnational drug traffickers along with our regional partners and we look forward to our next successful plane capture and drug bust,” the statement ends.