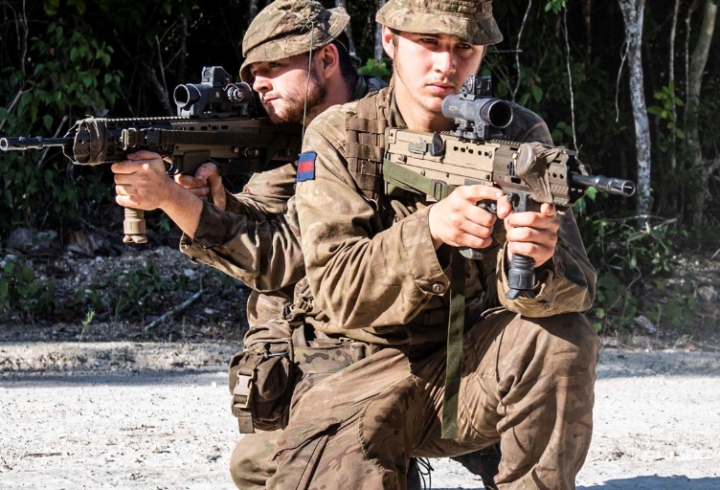 By BBN Staff: A team of British Soldiers was in Belize earlier this month to hone their survival skills in a jungle operation dubbed “Mayan Storm.”

The operation saw the 1st Battalion of the Grenadier Guards deployed into the jungle for two days without supplies. The British Army, in a publication issued after the operation, said that the exercise took place at the British Army Training Support Unit Belize (BATSUB) and was created to provide a world-class live-firing package on the most challenging terrain in stifling heat and humidity.

The army also said that the purpose of the deployment was to set British soldiers up for success on future operations, anywhere in the world.

“Only the highest standards of basic soldiering skills will suffice in the jungle. Anything less results in injury and defeat,” the British Army said.