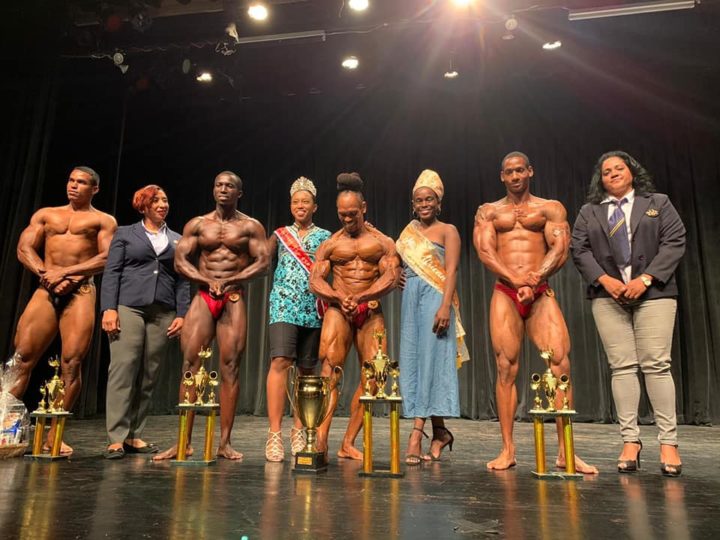 Greenidge, the now three-peat winner of the competition stole the show last night at the Bliss Center for Performing Arts where athletes competed for cash and in-kind prizes.

The competition was called by international judges from the IFBB Central America Confederation of Bodybuilding & Fitness as well as local judges. Those judges included Alma Reyes from Mexico, an IFBB
Fitness Choreography Coach; Jorge Luis Rave Castillo, President of the Judges Committee in the region & Secretary of the Confederation, as
well as local judges Judge Wendy Oxley, and Ms. Ladyville Kiara Williams.

Apart from the competition, there were several other highlights at the event, which included an exhibition by Nikita Sutherland, and issuing awards to several recipients, including George Myvett, Wendy Oxley,
Josephine Gault, and Nelson Young. For their contribution to the development & success of the Belize Body Building and Fitness Federation (BBBFF).

“We also got the audience involved by having a pushup competition for males and females. Neal & Gordon sponsored cash prizes & Burned Box gave away t-shirt to the female & gym bag & towel to male,” she added.