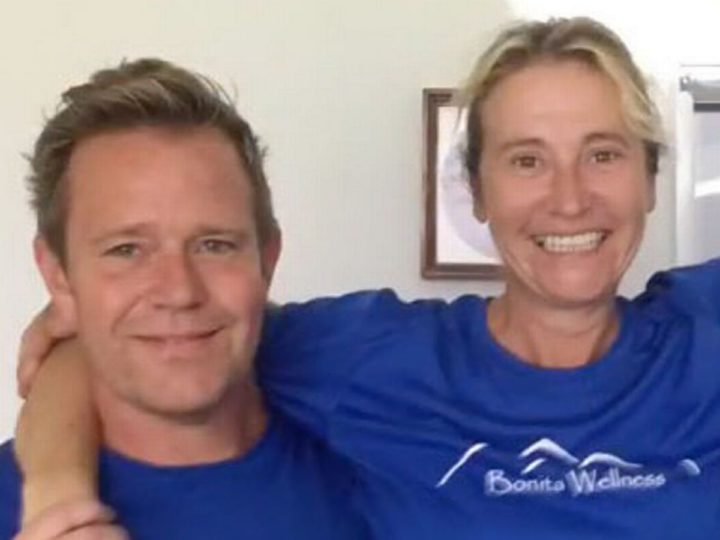 By Aaron Humes: The woman accused of being a medical ‘quack’, making big money promoting various unsanctioned and largely ineffective medical cures appears to have been run out of Belize, per an investigation by Business Insider.

But her influence remains a concern, and those of individuals who promote these ‘cures’ on social media including Facebook.

Amanda Mary Jewell, originally from Great Britain, came to public attention here in 2018 when Channel 5 News revealed she was running Belize Oracle Healing Center (also known as Flower of Health and Wellbeing Center) in Progresso, Corozal District, which supposedly provides homeopathic treatments for cancer patients and terminal illnesses, as well as for autistic persons. But Jewell doesn’t have a license for the alternative healthcare facility, nor any kind of medical training at all except for her “self-taught” studies in alternative and holistic therapy.

According to Director of Health Services Dr. Marvin Manzanero, his officials investigated and “didn’t find any evidence of any surgery having been done there.”

Manzanero said that Jewell closed down the clinic earlier this year, after authorities in Belize started looking into it.

“The clinic was never officially sanctioned by the Ministry of Health and so we only interviewed her once and she was told what our problem was with her ads and clinic, and she said she was leaving…A follow-up visit two days later confirmed that she had basically left overnight,” he noted.

Jewell’s private group on Facebook, the GcMAF Oracle group, and Jewell’s personal account were flagged by Business Insider and taken down by Facebook for violating its rules. Before the take-down, the group had more than 7,000 members, each of whom had requested to join.

Both British and American health regulators have insisted that GcMAF and the similar alleged autism cure Miracle Mineral Solution (MMS), made mostly from bleach, have not been clinically tested and pose significant risk to health.

While Jewell did not directly comment to Business Insider, she published a response to the deactivation of her Facebook accounts, stating on her website that the closures were a reaction to the “success” of her treatments and insisting that she had committed no crime.

Facebook, for its part, said through a spokesman: “We do not allow the sale of non-medical or pharmaceutical drugs on Facebook, and we have taken down all the groups, user accounts and related pages flagged by Business Insider.”

“We have recently tripled the size of our safety and security team to 30,000 to help us keep Facebook safe. We also urge people to use our tools to report anything they feel shouldn’t be on Facebook.”

In August the site announced a change to its groups policy, saying that it would get rid of the option to make groups “secret.” Private groups would remain.