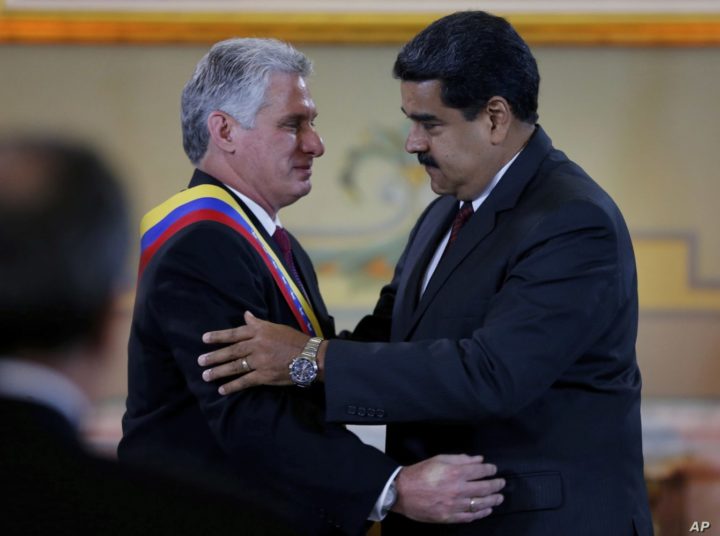 By Aaron Humes: The United States, despite its best efforts, has been unable to remove two thorns in its side in the Caribbean and Latin American region: the regime formerly led by Fidel and Raul Castro in Cuba, and Nicolas Maduro and previously Hugo Chavez in Venezuela.

Both are socialist in nature and have been accused of human rights violations and fomenting regional unrest.

Julie Chung of the U.S. State Department said during a conference call with reporters on Monday that while each country is sovereign in deciding its relationship with other countries, these two are bad news in the eyes of Washington.

She accused Cuba of having “a malign influence” in the region, especially in Venezuela, despite heavy sanctions, and mentioned that Venezuela’s problems have a wider effect as more than 4 million have fled the country.

“…what’s happening in Venezuela is something that Cuba is contributing to is really violates all the rights of human rights and international rule of law… We urge every country to do what they can to push back against the Maduro regime, this is one of our top priorities…” said Chung. She added that the U.S. sanctions companies doing business with both countries, and 16 countries aligned under the Rio Treaty which had not met since the aftermath of the September 11, 2001 attacks in New York and Washington and agreed to lead the efforts to push out Maduro.

Interim president Juan Guaidó continues to be recognized, Chung says, by the U.S. and more than fifty other countries (Belize is not one of them) and the call for free, fair and early elections continues to restore democracy to Venezuela.