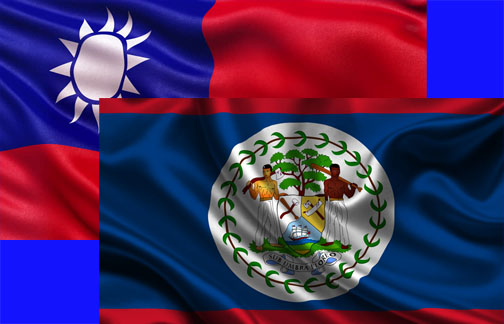 By Aaron Humes: A high-ranking American State Department official has wrapped up a visit which she says affirms both the United States’ relationship with Belize and that of both countries with the Republic of China (Taiwan).

Julie Chung’s lengthy title is Principal Deputy Assistant Secretary in the Bureau of Western Hemisphere Affairs. She met with both Government and Opposition officials as well as the private sector and Ambassador of Taiwan Remus Li-Kou Chen.

Belize and Taiwan are marking thirty years of an economic and social relationship which has involved millions in loans and grants offered to various sectors, including education, sports, utilities, infrastructure and agriculture.

Taiwan has lost at least three regional allies in recent months, and eyebrows were raised after several People’s United Party (PUP) members made an unofficial visit to Mainland China in August.

The U.S. is currently embroiled in a trade dispute with the People’s Republic, and Chung highlighted the values Belize and Taiwan share – democracy, open free markets, transparency, good governance and anti-corruption – and Mainland China does not.

“…We’ve seen some of those predatory actions in the region and to be honest, throughout the world, and we see predatory lending, debt-diplomacy where many countries are very eager to take some of the infrastructure funding that China’s one belt, one road offers. My question is, why is it one belt one road that leads to China? It should be many belts, many roads that lead to many opportunities for all. This is not China’s game, it should be all of us engaged together,” Chung explained.

As with many who visit Belize, especially from the States, Chung promises to be back as her “first trip” to Belize was too short.