Belize ~ Can we afford clean water? 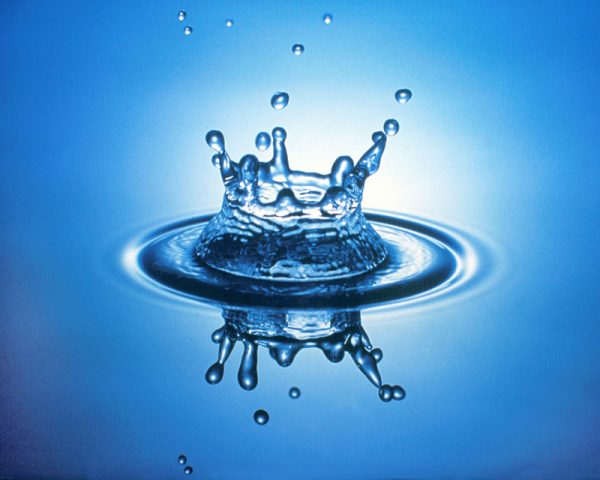 Belize inland and coastal waters seems to be under duress and deteriorating steadily…and the extended dry season this year forced all Belizean’s to see and acknowledge the acute, systemic nature of Belize’s water woes…several creeks, rivers and lagoons dried up…others foamed producing toxic gases and thick algal growth…pictures and videos of massive fish kills, dead birds and wildlife circulated…school kids and teachers reported sick due to exposure to toxic fumes evaporating from the river.

The waters around our more popular tourism destinations; especially San Pedro, Caye Caulker and Placencia; are said to have relatively high concentrations of faecal bacteria and heavy metals.

There is evidence that we are getting help with pollution of our inland and coastal waters from the rapidly expanding neighbouring Mexican state of Quintana Roo….some from inland Guatemala via the Mopan and Sarstoon rivers… and from the open sea linked to Izabal, Guatemala and Cortes, Honduras.

Belize does not currently police the environmental impact on its waters, except for 5 officers of the Department of Environment that must oversee the entire country from where they are stationed in Belmopan…thus no one could confirm or deny if the cruise ships and cargo ships dump any of their food or other waste in our waters. In June this year Carnival was slapped with a US$20 million fine in the USA after Princess Cruises, one of its subsidiaries, admitted to violating the terms of its probation from a 2017 conviction for improper waste disposal. This is the second time Carnival was fined, the first being a US$40 million fine in 2017 when Princess Cruises pleaded guilty to illegally releasing oil into the ocean and deliberately hiding the practice.

The accusing index fingers of many Belizeans point towards the Fortis/BECOL hydro-electric dams that have allegedly significantly reduced the flow of water from Mountain Pine Ridge towards the east and north during certain periods, including supply to underground water systems…industries such as tourism, sugar, citrus, banana, shrimps, water & sewage, beer, rum, meat producers, and other industrial plants on the banks of the New River near Orange Walk town…agricultural chemicals runoff, exacerbated by widespread disregard for the legally protected 66 ft waterfront riparian forests…river-bed mining for sand, gravel and gold…the waste from the many waterfront communities that have no sewage services…and of course, changing climatic conditions, trending towards extended periods of droughts.

The Belize Citizens Committee has launched an initiative called the Clean Water Alliance, which is advocating for the pooling of the human and material resources necessary to end pollution of our waters, and to rehabilitate our polluted waters. The movement is rapidly gaining momentum.

So, an obvious question is: can Belize afford CLEAN WATER?

Belize Water Services (BWS), the utility monopoly responsible by law for water and sewage services, provides waste water service to under 20% of its customers, limited to around 20% of Belize City area, 25% of San Pedro Town and 30% of Belmopan…and on many occasions the “potable” water is not clear…and in coastal areas that depend on wells the water has a foul smell, especially in the dry season.

The location of BWS waste treatment plants, and seepage from these plants, also contribute to pollution of our waters.

An IDB report of 2013 suggests that a waste water system they and the Global Environment Facility were willing to finance for Placencia did not proceed…in part because BWS was not solvent enough and could not meet the conditions of the financing.

Even if BWS were to invest all of its $8.98 million profits into a 30-year fund it could only attract around $200 million.

However, the 15-kilometer expansion of the San Pedro sewer system was expected to cost $60 million….thus using an average cost of $0.5 million per kilometer countrywide, it will require close to $500 million to provide sewer services to all our principal urban areas.

The Environmental Tax will collect around $42 million this year, and has collected over $400 million since it was put in place in 2003. This money, by law, should go into an Environmental Protection Fund to be used for specific environmental protection purposes; however this law is apparently not being implemented as it should…and the funds are suspected to be diverted in the “consolidated revenue”.

The Government of Belize (GOB) is estimated to spend around $6 million per year on the financing and operations of the Solid Waste Management System….when these operations can be leased out to reputable regional firms with extensive recycling capabilities, earning money instead of spending it.

The GOB spends a little less than $1 million per year on the 19-staff Department of the Environment. This needs to be increased to $2 million in the short-term, with significant portion of the growth going towards policing, enforcement and litigation where necessary. In other words, GOB is spending only $7 million on environmental protection.

Thus, $35 million of Environmental Tax money should be available each year for other environmental needs….and it only takes $25 million/year to raise the $500 million needed to end urban-waste-water pollution….however, some financial restructing of BWS may be required to use these   funds for waste water treatment infrastructure.

We should allocate $3 million per year towards “cultural education” to change individual attitudes and behaviours regarding personal and environmental cleanliness…another $3 million on “rehabilitation of polluted waters”, to steadily clean up the mess we have created, and to enhance with designs valuable for tourism….mostly through community projects….and $3 million per year on legal services to upgrade, implement and enforce the laws (with regulations) that protect our water resources.

With some shallow and broad tax reform, the Environmental Tax could be increased to $60 million annually, or 5% of GOB annual budget, which is reasonable for a country whose development largely depends on its “eco-friendly” branding….and this money could be used to develop and drive a sustainable development industry that can sell its services worldwide to become a foreign exchange earner.

Therefore, the answer is yes…Belize can and must afford clean water!

The people will have to require that GOB direct all our environmental taxes towards protecting and enhancing the environment.