Belize ~ Can we afford clean water?

Between these lines…concern about the state of our water supply 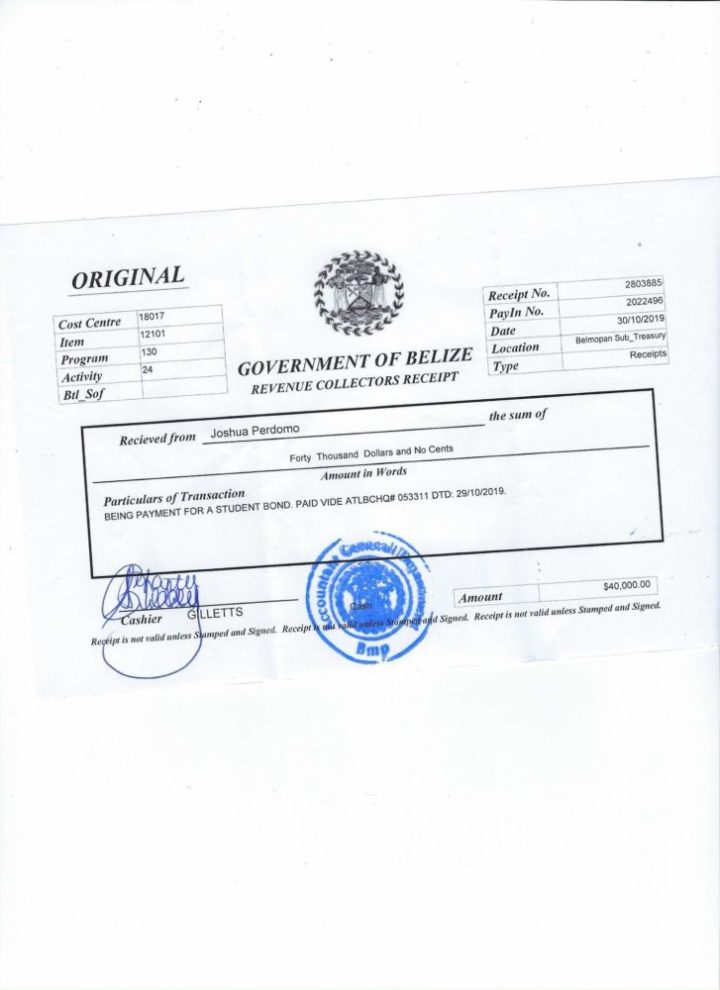 By Aaron Humes: In a short statement issued late today, Cabinet Secretary Carlos Perdomo stated on behalf of his family that the outstanding student assistance bond of more than $40,400 has been paid in full.

Joshua Perdomo, his son, had failed to repay the money he owed after he obtained paid leave in 2011 from the Government of Belize to study in the United States. Joshua Perdomo, who currently resides in the US, has not returned to Belize’s Government service as part of the terms of the bond.

Carlos Perdomo’s statement read in part, “At the time of the signing of the bond many years ago, it was expected that it would be repaid if the terms of the agreement were not fulfilled. With this in mind, my family thought it was the right thing to do. We regret that this situation ever arose.”

The Government passed a write-off motion for the debt, one of five presented, in the House of Representatives in October after hearing from the Finance and Economic Development Committee. At this meeting, representations were made concerning Government’s handling of the matter (the motions were first presented in August). There was debate over how long the Government had taken to recover the funds; whether from Perdomo or his guarantor should repay, the worthiness of Perdomo to be reprieved and the impact on other students, both working for the Government and otherwise. The Opposition People’s United Party even threatened court action over the legality of the write-off, which was voted down by the Senate earlier this month. It is still not clear whether the Senate voting down the write-off overrides the House approving the write-off.

Both Attorney General Michael Peyrefitte and Prime Minister Dean Barrow felt that while the matter is statute-barred, Perdomo had a “moral obligation” to pay. Peyrefitte went as far as to suggest that Perdomo could not work in Belize, at least not for the Government, without repaying.

On October 20th  Minister Godwin Hulse had also told the press that the Perdomo family was making arrangements to settle the debt. And as the government receipt shows, payment has been made and this puts an end to a saga that had become a black-eye for the Government.