“Cost of living was slightly lower in September,” says Statistical Institute of Belize

Jack-o’-lantern, costumes and witches; Is Halloween an evil tradition? 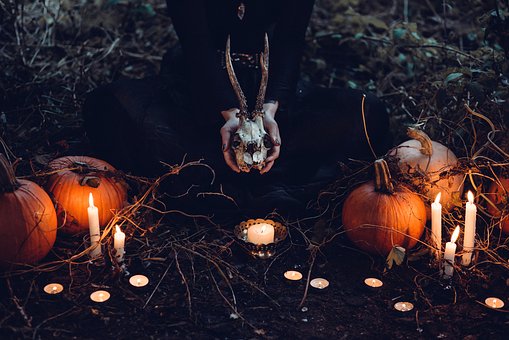 By BBN Staff: An article entitled, “The dark history behind Halloween is even more chilling than you realized”, published on the Business Insider website highlights the history behind the costume wearing, trick or treating, and the carving of the pumpkin that is practiced every year on Halloween.

According to the article, the tradition continues to become even more popular with the sale of costumes, decorations and candy every year on October 31.

But, many of the traditions date back centuries. The word Halloween was popularized by a Scottish poet in 1785. The word itself is derived from “Hallow” — or holy person — and refers to the saints celebrated on All Saints’ Day, which is November 1. The “een” part of the word is a contraction of “eve” — or evening before.

During the Samhain feast, the Celts believed that it was easier for spirits and souls of the dead to return. People would make offerings of food in order to get on the good side of these spirits and departed ancestors.

The Jack-o’-lantern, carved pumpkin was done in Ireland as part of an ominous legend.

The story is that a drunkard named Jack trapped Satan in a tree by hacking a sign of the cross into the bark. In exchange for letting Satan climb down, Jack had him vow to never claim his soul. When Jack died, he was not allowed in heaven so he tried to return to Satan, but Satan hurled a piece of coal from hell at the dead man for good measure. Left without anywhere to go, Jack placed the blazing coal in a turnip to use as a lantern. The dead man then set out doomed to wander until he can find an eternal resting place. This tie into the costume wearing since the Celts dressed up as evil spirits to confuse the demons. Black cats were often portrayed as they are believed to be associated with witches.

Today, the Halloween tradition is widely celebrated in Belize but some members of the Christian community opt to provide Christian activities for adults and children as they do not believe and do not participate in the tradition.

The Belmopan Church of the Nazarene for example is hosting a Light party that includes face painting, games, snacks, and studying the gospel of God while the Anointed House of Worship Church is hosting their annual Gospel Explosion at the Cayo Welcome Center in San Ignacio.