Trick or Treat, Money or Sweet? 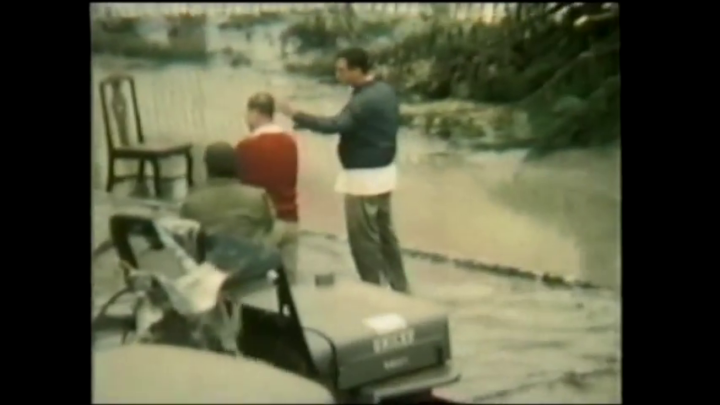 By Aaron Humes: Halloween (All Hallows’ Eve), in Christian tradition, is the first of three days dedicated to remembering the dead, both saints and sinners.

But one day 58 years ago, a true monster unleashed havoc, death and destruction on the tiny colony then known as British Honduras – Hurricane Hattie, which struck on October thirty-first, 1961, slamming into the coast between Dangriga and Belize City. It killed more than 300 people and left much of the central coast in ruins.

Hattie spawned in the southwestern Caribbean and was guided north, then northwest, eventually facing Belize directly by the end of October, landing as a category 4 hurricane with 140 miles per hour winds (it peaked as a Category 5 off the coast with winds of 160 miles per hour.)

According to historian Lawrence Vernon, writing for Amandala in 2018, the 1961 hurricane season got off to a late start with the first hurricane appearing on July 20, no storms in August, then ten in September, 7 of which became major hurricanes. The U.S. National Weather Service in Miami provided ample warning of heavy rain, storm surge and flooding, prompting a mass evacuation to higher ground. Belmopan was still nine years away (it would be completed in 1970) so much of the exodus was to San Ignacio and other points west.

Still, US$60 million (US$370 million in today’s dollars) of damage was caused in Belize City and Dangriga, and survivors still recall the sight of floating dead bodies and debris. It finally prompted the George Price administration to seek funds to construct a national capital. The infrastructural toll was greater than that of the September 10, 1931 hurricane, which killed thousands more.

Government Minister at the time, Hector Silva, wrote this week on Facebook that in July of 1960, the Belize City Council resolved to ask Central Government to locate higher ground for the seat of government, before any sight of hurricanes or other disasters. Price agreed to consult with the electorate, and suggestions poured in: Burrell Boom (located along the Belize River about 20 miles west); Mullins River (in north Stann Creek District outside of Dangriga); the Pine Ridge; Mile 31 on the now George Price Highway (today the adjoining villages of La Democracia and Mahogany Heights), and the current site of Belmopan between the Western and Hummingbird Highways adjacent to Roaring Creek.

Price’s PUP swept all 18 seats in the then-Legislative Assembly in March, and after Hattie, the die was cast.

Great Britain, the United States and Canada among others sent aid and the City was largely rebuilt by 1962. But while it remains the financial center of Belize, Belmopan was on track to become the administrative and diplomatic center which it is today.

Another of Hattie’s legacies was the village which bears its name, Hattieville, now 16 miles west of Belize City. It was formed as a tent camp for survivors of the hurricane and intended to be temporary, but eventually many more moved west and utilities began to be installed.

The name was retired by the World Meteorological Organization but memories remain, especially for the older generation. A formal monument was established in 2002 at the Lords’ Ridge Cemetery, blessed by then Roman Catholic Bishop Dorrick Wright, who lost his entire family while barely saving his own life by clinging on to a coconut tree in the raging waters.

In 2002, Channel 5 News unveiled the first moving pictures of the aftermath of Hattie, taken in 8-millimeter film on November 1 by Canadian land surveyor Bill Wildman, living on Newtown Barracks behind the Pickwick Club. The footage shows a few familiar faces including Price, seen inspecting the ruins of the then-Belize City Hospital on Eve Street, which was evacuated before the storm. The station occasionally shows repeats of the footage on the anniversary of the storm.

Hattie and the 1931 hurricane remain tied for strongest storm to hit Belize directly; Janet, in 1955, devastated much of Corozal and Orange Walk but meteorological records show it made landfall in southern Quintana Roo, Mexico, in the vicinity of Chetumal.