CCJ asked to rule on waiver for free movement 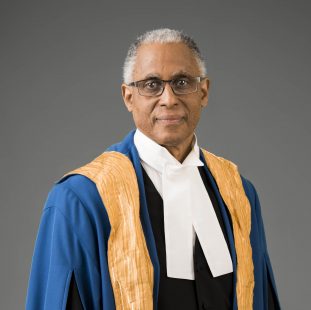 By Aaron Humes: The Caribbean Court of Justice (CCJ) is to give an advisory opinion, its first, to the organization that helped found it, the Caribbean Community (CARICOM), on whether it correctly granted special permission to Antigua and Barbuda and St. Kitts and Nevis to opt out of allowing farmworkers and security guards to live and work freely in each nation, in keeping with rules from the umbrella single market and economy system.

According to the New York Amsterdam News and Antigua Observer, arguments were heard on October 22, and the Court has reserved its judgment “for a reasonable time.”

The current rules of the CARICOM Single Market and Economy (CSME) allow leaders of each country from Belize to Guyana and Suriname to determine which categories of workers and professionals could benefit from the right to live and work freely in any of the 15 member nations.

But the Amsterdam News notes that smaller economies in the region fear that their economies would be swamped by hoards of workers fleeing economically challenged countries like Haiti, putting pressure on social and other state services.

Some of the attorneys noted that the key rules regarding a nation’s wish to opt out of an obligation are silent on penalties and consequences so they want the five-judge panel to provide guidance on this gray area.

In the past decade or so, journalists, musicians and a string of other professionals were granted permission to live and settle freely in a participating member state providing they meet all the legal, academic and other qualifications including personal character certificates from local police systems.

Some countries have baulked at the idea of leaders extending permission for security guards and farmworkers benefiting from the free movement, fearing that local workers will be displaced, in spite of the fact that in many cases many locals have shown little interest in such types of jobs.

Arguing for St. Kitts, Deputy Solicitor General Simone Bullen-Thompson pointed to the socio-economic situation in some countries as a factor for moving to opt out of agreements regarding free movement. “All states are not on equal footing,” she said.

That position received the support of bloc secretariat attorney Corlita Babb-Schaefer who suggested that “some member states may require a transitional period to facilitate adjustment to decisions of the comforts pursuant to article 46 of the treaty, which deals with enlarging as appropriate, the classes of persons entitled to move and work freely in the community.”