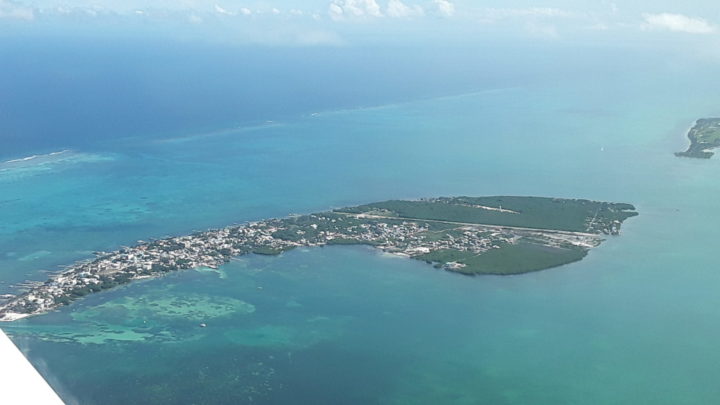 By Aaron Humes: Belize Rural South area representative and Minister of Tourism Manuel Heredia Jr. says he has heard the concerns of residents of Ambergris Caye’s sister island of Caye Caulker regarding the fast pace of construction and development there.

In some ways, La Isla Cariñosa is the antithesis of La Isla Bonita – it is intended to be a getaway from the fast-paced life. But according to one resident, massive developments are going up on the island with what does not appear to be any proper checks and balances, particularly from the Central Building Authority (CBA), which it is said is “handing out permits for five-storey buildings like candy at Halloween.”

The island and surrounding marine and forest reserve are supported by one of the largest underwater cave systems in the world. Several buildings were reportedly swallowed up during a hurricane event on the island – which was literally split in two.

The Minister not only concurs; he told us he was “upset” by the approvals of large projects without local approval and the work of the CBA on the island – he said they were “not doing a good job.”

Heredia cited plans for a particular development he had seen – a five-storey building which had no “setbacks” from the street or areas to park. He has registered his opposition and will invite CBA administrator Noel Harvey, formerly of the Ministry of Housing, to go to the island and talk to locals.

He says they must be respected and development should be controlled but not halted entirely – “that would be like choking yourself,” he noted, citing job issues.

In related news, Caye Caulker is set for a water and sewer upgrade worth $13 million, but not until two or three years from now after working on various studies and consultation. The recent approval of $6.84 million U.S. dollars is for electricity upgrades on the island as well.