John Saldivar makes pitch to be next leader of U.D.P. 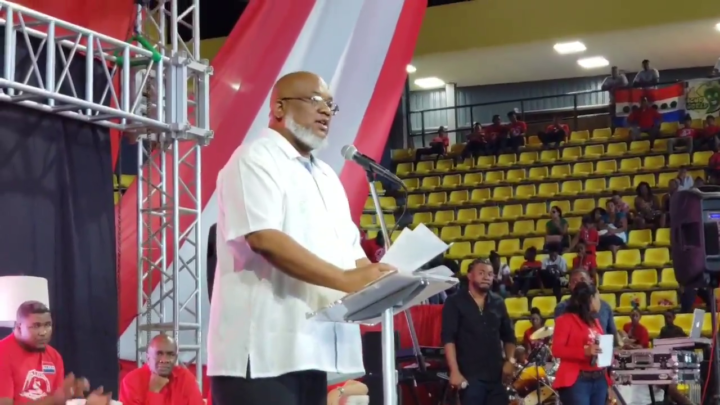 By Aaron Humes: Claiming the support of a majority of standard bearers and others, Belmopan area representative John Saldivar launched his campaign to succeed Prime Minister Dean Barrow as leader of the United Democratic Party.

In the Belize Civic Center, where rival Patrick Faber launched his campaign two months ago, Saldivar acknowledged that the U.D.P. has made its mistakes, but the reason they have won three terms and aim for a fourth is that they have delivered in infrastructure, education and the economy.

Saldivar cites the infrastructure boom, education program, and expansion of the tourism industry – and says there is more to come.

Addressing his opponent’s portfolios of education and sports, he called for the expansion of early childhood education, building more pre-schools and making primary school education free – “a right for our children, not a privilege for a few;” and creating a sports learning environment where athletes can flourish in good facilities with skilled coaches to build talent – developing a strategy in particular to get Belize to the 2030 World Cup of football.

Saldivar, trained as an economist, committed to free markets and a business environment conducive to growth of the private sector, powered by technology and girded by a revamped tax system and incentive system that is fair to large and small businesses and local and foreign investors.

In his own portfolio of national security, Saldivar mentioned the installation of cameras in every municipality and increased effort at citizen security and technological means of fighting crime.

Saldivar’s slate of deputies includes first deputy Hugo Patt of Corozal and second deputy Beverly Williams of Ladyville in Belize Rural Central. If he wins the convention, the general election expected later in the year would see the first ever matchup of party leaders from outside Belize City – the People’s United Party’s John Briceño is from Orange Walk.