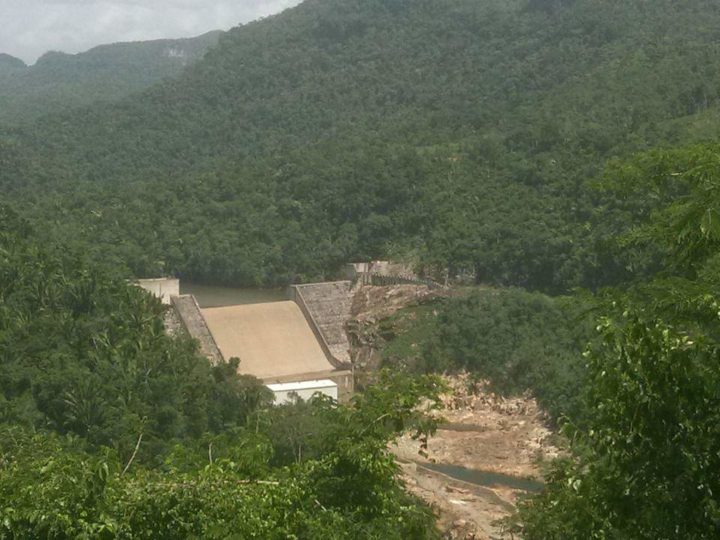 By Aaron Humes: The Belize Electric Company Limited (BECOL) has asked Channel 7 News to retract an inaccurate report on their Monday newscast stating that the Vaca Dam “released” water and caused flooding in the village of San Jose Succotz, Cayo District.

The story directly quotes BECOL’s press release which states, “the Vaca Dam spillway became active this morning and some flash flooding maybe possible down stream. Residents in the area are asked to be on the alert.”

BECOL says that water was never released from Vaca and that a flash flood from the Rio On, tributary of the Macal River caused excess flood water to flow over the dam, raising water levels in downstream villages and San Ignacio.

But the Vaca Dam is credited by BECOL with reducing the impact of the flood by capturing some of the flood waters and slowing its flow.

The fact is that the Vaca and other dams held back some of the water means that flood levels in San Ignacio and further downstream were lower than if there were no dams on the Macal river.

BECOL also notes that flooding in Succotz and nearby Benque Viejo del Carmen cannot be caused by the dams as the municipalities are on the Mopan River, which originates in Guatemala, while Vaca and its cousins Chalillo and Mollejon are on the Macal. (The rivers merge below Bullet Tree to form the Belize (Old) River which flows north and east toward Belize City.)

The flood is blamed for mudslides and delays on the Western Highway, but waters have since receded inside the river banks.