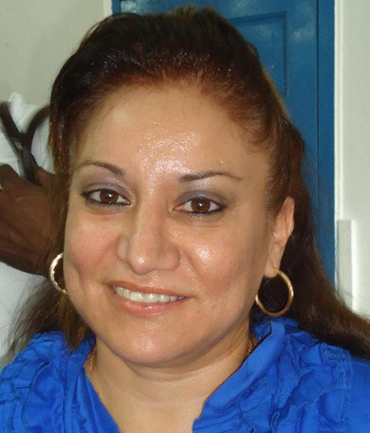 By Aaron Humes: In what her attorney Anthony Sylvestre has called “a vindication,” former activist, businesswoman and political candidate Yolanda Schakron was granted her appeal of a Supreme Court decision against her in a case of slander and libel.

In the wake of the December 2009 murder of her nephew Christopher Galvez in strange circumstances, Schakron took up the cause of gun violence and pressured police to solve her nephew’s tragic death. But in February of 2010, the Reporter newspaper wrote an article which quoted Schakron as allegedly implicating police officer, Corporal Darrell Usher, a.k.a “Tutsi” of being involved. (Usher is the son of People’s United Party stalwart Gilroy Usher, Senior.)

But there was no proof – police have never made an arrest in the case – and Usher sued the Reporter publisher, Harry Lawrence, then-editor Angel Novelo and Schakron charging libel in the case of the former three and slander in the case of Schakron, which caused the co-defendants to act. Slander is the publishing of words defamatory to a person by speech, as in a conversation; libel is the publishing of defamatory words to a public audience by communicative means – print, radio, television and social media.

The Reporter apparently negotiated a settlement, but Schakron went to trial before Chief Justice Kenneth Benjamin in 2013, contending that she did not make this allegation to the news reporter who wrote the libelous article. After weighing the testimony of Schakron and the reporter, the Chief Justice ruled against Schakron and ordered payment of $15,000 in damages and costs.

But the Court of Appeal disagrees, and allowed the appeal and set aside the prior ruling.

Sylvestre directed us to Schakron for comment, but we understand she does not live in Belize at the moment and only visits, and she did not respond to a message we left for her on her Facebook account. She did comment to other media houses that the ruling is a relief but that she still grapples with the loss of her beloved nephew and how the case has remained unsolved for almost a decade. Usher had no comment as he left court with his attorney, Mark Williams.

Schakron unsuccessfully sought to run against then-Lake Independence representative Mark King in 2012 but was denied due to dual citizenship with the United States. She later gave that up and accepted the PUP nomination for Mayor of Belize City in 2015 but her slate lost to incumbent Darrell Bradley. She briefly served as president of the PUP’s United Women’s Group but has since left politics.