Patrick Faber calls out all Belizeans on corruption crisis 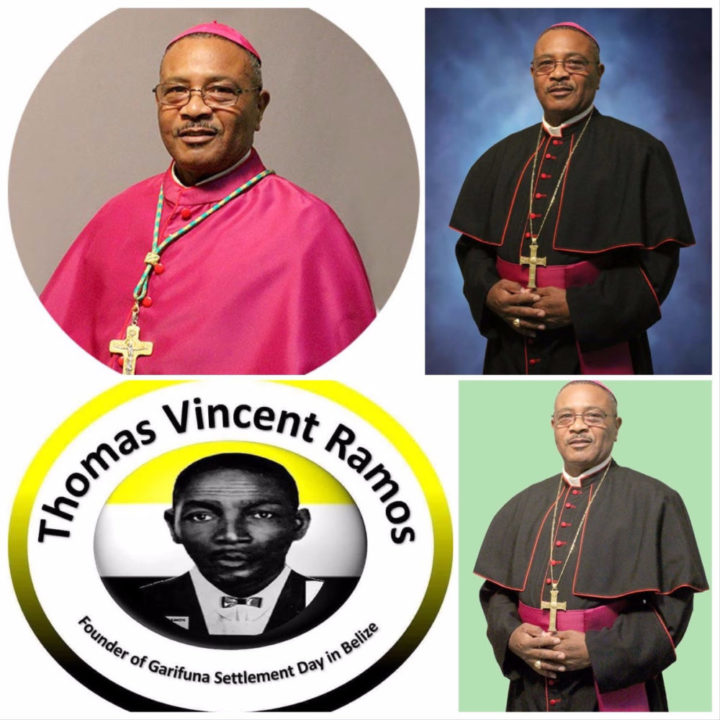 The cultural mass is being held in memory of Garifuna civil rights leader, Thomas Vincent Ramos.

Thomas Vincent “TV” Ramos was a Garifuna civil rights activist in Belize, who set out his life work to bring the Garifuna into the mainstream of Belizean development, while maintaining and expanding their understanding and pride in their heritage.

In 1940, Ramos along with Pantaleon Hernandez and Domingo Ventura lobbied the governor of the colony British Honduras (Belize) for establishment of a public and bank holiday to observe the Garifuna arrival in Belize.

The request was granted and the Carib Disembarkation Day, later named Garifuna Settlement Day, was first celebrated in Stann Creek District on November 19, 1941.

The holiday was recognized in Toledo in 1943 and throughout the country in 1977.

His greatest legacy is the increasingly prominent role the Garifuna community now plays in Belizean society.

Bishop Nicasio was born in Dangriga and was appointed Bishop of Belize City-Belmopan by Pope Francis on January 26, 2017.

He was ordained a priest on June 16, 1989. He holds a Bachelor’s degree in philosophy from the Glennon Seminary in St. Louis, United States of America, and a Master of Divinity in the Kenrich College Seminary, in the same archdiocese.

Nicasio has served in the following roles: parish vicar of the Our Lady of Guadalupe Co-Cathedral in Belmopan (1989-1995); pastor of the Inmaculada parish in Orange Walk, secretary and treasurer of the presbytery council and master of liturgical celebrations (1995-2006); pastor of the San Ignacio parish and administrator of the St. John Vianney parish in Belize City (2007-2013); and president of the Diocesan Priest Association and member of the college of consulters (2007-2009). He is currently pastor of the Cathedral of the Holy Redeemer in Belize City. He succeeds Bishop Dorick McGowan Wright, whose resignation from the pastoral care of the same diocese was accepted by the Holy Father.

All New Yorkers are invited to attend the cultural mass.