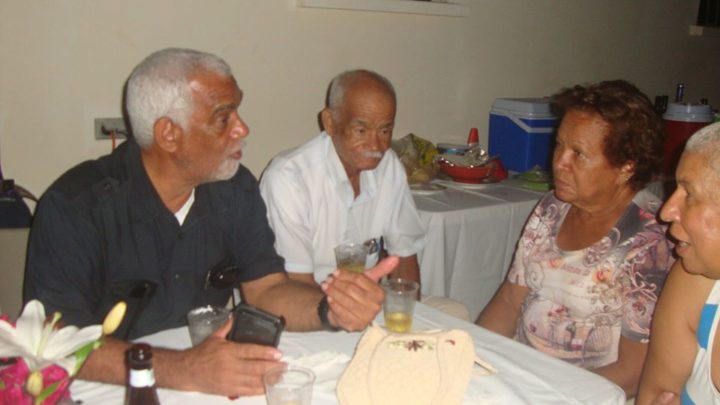 By Imani Fairweather: Some people have a successful business or professional life. They may enjoy abundant family love and high-quality friendships. Music may fill their soul and they may help find ways to sustain it, lift it up for the enjoyment and preservation of a people and culture. They may contribute to national and diaspora education on matters important to their home country and quietly support giants. If you are Compton Fairweather (OBE) you do all that and more.

When I received the early morning call from my father as he shared the news of the passing of a beloved cousin, I could sense that Campton’s passing was a tough one. Campton Fairweather ran several successful businesses at home and abroad. He was in the business of security well before crime was an issue of concern in Belize and if I am not mistaken, he had a role in the installation of the security system at the Belize US Embassy. Campton as an engineer was a lover of music and his contributions to the production of Belizean cultural classics by legends such as Lord Rhaburn and Frankie Reneau have been acknowledged in local media. He has been a source of knowledge on Belize Guatemala territorial unfounded claim issues, never shying away from writing or calling a media house to tackle incorrect information on key issues pertinent to safeguarding territory. Most importantly, family mattered to Campton. Unassuming, tucked in a corner talking politics or current events, he was always at family gatherings. It has to be that Birds Isle was a second family home. Most people will probably remember his deceased wife Carri Fairweather an actress in the local show No Matter What. I particularly want to uplift his daughter and stepchildren and his current lovely life partner Geri in this time of bereavement.

For me, Campton’s greatest work is that which he did without public knowledge or merit. The life stories he, my father and other elders share have always intrigued me. Oh, how we wish he wrote that book he said he would. Have you ever wondered how it was that when Goldson was the sole parliamentarian in opposition, he managed to access UN sessions or the negotiations regarding independence and heads of agreement? If you think parliamentary information sharing is bad now, you would not have wanted to see it back then. That New York diaspora group under Campton’s stewardship was a rock on which national hero Philip Goldson could stand. Campton undertook research, made the contacts, enabled access and helped foot the bill often out of his own pocket. A loyal, committed, nationalistic friend like Campton Fairweather was valuable to Goldson, to the UDP and to Belize’s democracy. I uplift my Fairweather Family. May they find the strength to celebrate the remarkable life he lived.

Rest in peace Campton Fairweather and thank you for your life of humility, service, and distinction. #LegendAmoungstUs