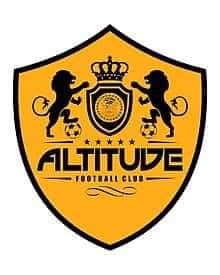 By Aaron Humes: Who knew that the Premier League of Belize’s scheduling would provide a grandstand finish to the season?

San Pedro Pirates, hosting Wagiya FC of Dangriga, had confirmed a playoff berth last week and had designs on second place, while the southerners, with a better goal difference than nearest rival Altitude FC of Independence but three points less, only needed a win.

Altitude hosted league leaders Verdes knowing a point was all they needed to secure a playoff berth.

But as football often does, it served up twists and turns that would break one team’s hearts and lift the other’s.

Then Altitude went behind, giving the reins to Wagiya. They could smell post-Settlement Day playoff football. It was in their grasp.

And so to the closing minutes. San Pedro, with nothing to play for except keeping their 12-game unbeaten streak alive, pressing forward; Wagiya, champagne moment at hand, defending with all they were worth.

In Independence the whistle had gone after 7 minutes of added time, Verdes winning 1-0. Altitude looked to be out; was Wagiya in?

Unfortunately, they gave up a foul in the box and referee Mike Milligan signaled penalty, waving away protests.

Up stepped Garnier, slotting past the Wagiya goalkeeper Toledano in the right corner. 2-2, and shortly after that, ball game.

The playoff field is confirmed – Altitude and Verdes in a rematch, and a rivalry renewed between Bandits, playing tomorrow at Valley Pride, and San Pedro, who pipped them to the Closing Season title. Wagiya, along with Belize Defence Force and Placencia Assassins who face each other tomorrow, can only look on, Wagiya with more angst than the others.

The playoffs begin the weekend of November 23, after international football duty next week.