Removal from tax haven blacklist does not solve all issues – P.U.P. 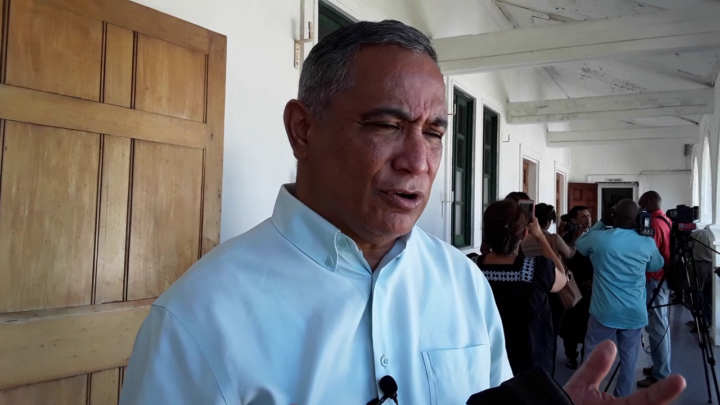 By Aaron Humes: Leader of the Opposition, John Briceño told us Friday that the People’s United Party will consult with its legal advisors on whether to continue pursuing legal action even after the family of Joshua Perdomo paid back the substantial debt he incurred from studies abroad eight years ago, which the Government wrote off by legislation despite substantial public opposition.

“We wrote the Prime Minister making the point that if those monies were not paid back, that we were going to take the Government and him, as Minister of Finance, to court; well, the monies from the bond has been paid, so I think we will have to discuss it with our legal advisor to decide whether we would go to court. The important point is that because of the outrage of the Belizean people and us in Parliament, in the House, we at the very least managed to get back the 40 thousand dollars that should have been paid from way back, when Mr. Perdomo decided that he was not going to come back to Belize,” he said.

Joshua’s father and Cabinet Secretary Carlos Perdomo announced the repayment on October 31, with his regrets.

But the loss is more substantial, argues Briceño: “One, no interest was paid on the forty thousand dollars. Two, when Mr. Perdomo was away studying he collected eighty percent from his salary and three, somebody had to be paid to do his work whilst he was away. So when you combine everything it is more than just forty thousand dollars that was spent on a gentleman that took out money, went abroad, studied and refused to come back to Belize.”

The P.U.P., according to Briceño, still holds that the bond Perdomo and his guarantor signed was collectible within 12 years, not statute-barred after six as claimed by the Prime Minister and Attorney General Michael Peyrefitte.

And, he told us since the government was quick to write off the Joshua Perdomo loan, the P.U.P. calls on the Government to do the same for hundreds of financially challenged students.

“If the Prime Minister is prepared to write off forty thousand dollars for a privileged U.D.P., a U.D.P. who has access to a lot of money and yet here we have thousands of students that are struggling to be able to pay their student loans. After graduating they find it difficult to find a job for them to be able to pay their loan. So we are saying Mr. Prime Minister if you were so kind in writing off Mr. Perdomo, then let us write it off for these students who are struggling right now to pay their student loan,” Briceño said.