P.U.P.’s Briceño dares “coward” Gaspar Vega to get back in politics 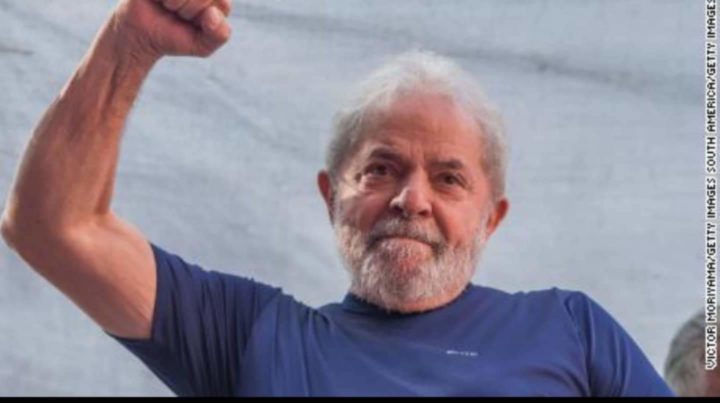 By Aaron Humes: BBC News reports that former Brazilian President Luiz Inácio Lula da Silva, known as Lula, is out of jail after 18 months, pending appeal of his conviction for corruption.

The 74 year old was greeted by cheering crowds as he left a jail in the city of Curitiba, after judges ruled that a provision sending defendants to prison after losing their first appeal was not constitutional; defendants should only be imprisoned if they have exhausted their appeal options.

Jailed for as much as 20 years on separate charges of corrupt practices, he was eliminated from last year’s presidential election won by Jair Bolsonaro. While he promised to prove his innocence and attacked the “rotten side of the judicial system”, which he accused of “working to criminalize the left,” his opponent said the ex-president was “momentarily free, but guilty.” In any event he is barred from standing for office due to his criminal record.

According to the BBC, Lula was jailed in 2018 after being sentenced to more than 12 years in prison, later reduced to eight years and 10 months. He was accused of receiving a beachside apartment from an engineering company implicated in the Operation Car Wash investigation, which initially centered on the state-run oil company Petrobras, but subsequently billions of dollars of bribes were uncovered – and dozens of high-profile business leaders and politicians were jailed.

Earlier this year, he was sentenced to another 12 years after being found guilty of accepting bribes in the form of renovation work at a country house from construction companies.

The mandatory imprisonment rule was seen as helping prosecutors secure convictions and unravel the scandal by encouraging suspects to negotiate plea deals. But critics claimed it violated Brazil’s constitution, which states that no one can be deprived of their liberty without due process of law.

During his time in office, Lula received then-Prime Minister Said Musa on an official visit in June of 2005. Brazil supported Belize in agriculture, particularly soybean and sugar technology, and recognized the link between South and Central America and the Caribbean.