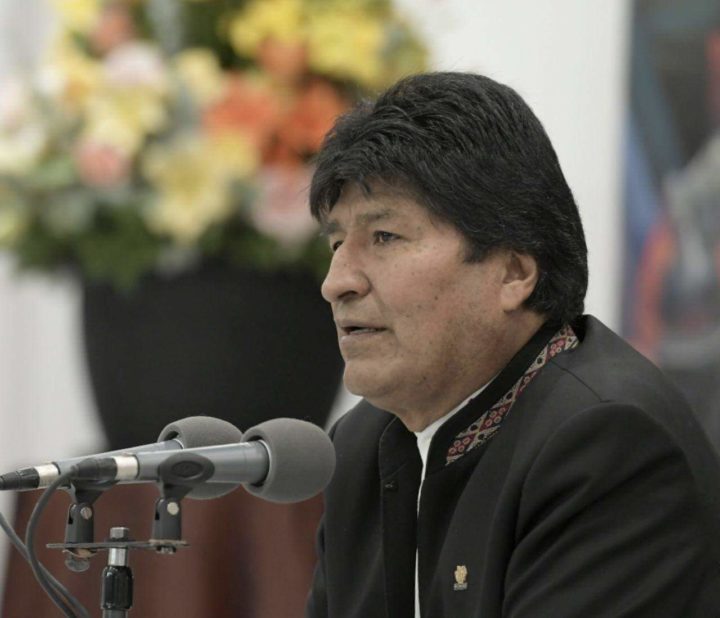 The weeks of protests were held in the wake of a disputed election where Morales claimed he won a 4th term in office. Morales also claimed that his home was attacked.

The Mexican Government issued a statement today saying that it is granting political asylum to Morales and he has accepted to travel to Mexico.

In light of Sunday’s events, Mexican President Andres Manuel Lopez Obrador had indicated on his Twitter account that Mexico would be willing to grant Morales asylum.

The Organization of American States (OAS) issued a report on Sunday noting serious irregularities with the October election.

In their statement issued today, the Mexican government said that the constitutional order is broken and democratically elected authorities are forced to abandon everything to protect their life and security.

“I inform you that a few moments ago I received a call from President Evo Morales, whereby he responded to our invitation and verbally and formally requested political asylum in our country,” the statement said.

Furthermore, the Mexican government noted that for humanitarian reasons and by virtue of the emergency situation that Morales faces in Bolivia, where his life and integrity are at risk, he is being granted political asylum in Mexico.

“The granting of asylum is a sovereign right of the Mexican State that is consistent with its normative principles in foreign policy for the protection of human rights, respect for the self-determination of peoples, peaceful settlement of disputes and non-intervention,” the statement adds.

The Mexican government says that it has informed the OAS and will inform the United Nations, invoking the international protection of the life and integrity of Evo Morales.