“Garifuna Made Easy” series to bring language to schools 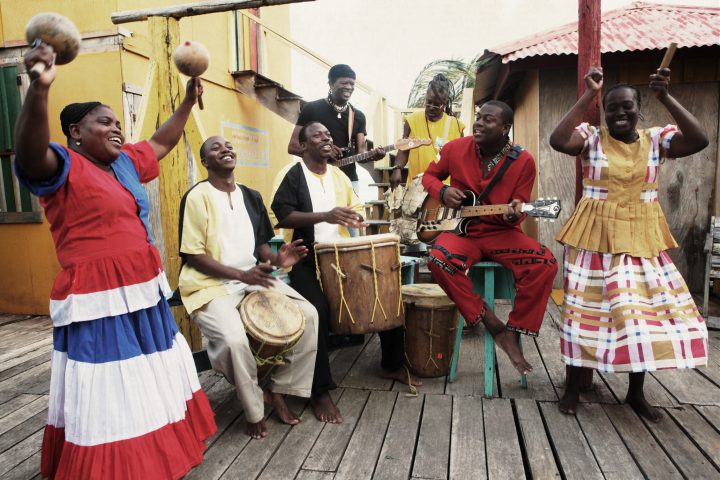 By Aaron Humes: Just in time for Garifuna Settlement Day and in support of this year’s theme, which deems the Garifuna language important to Garifunaduau (Garifuna survival), Belize City-based educator and activist Abdul Marin Nunez is publishing a series of language teaching aids for would-be Garifuna speakers.

Called “Garifuna Made Easy,” the series, published by Belada Productions was illustrated by Grenadian-born Diafra Thomas and translated by Lucy Zuniga.

Lucy Zuniga, arose from a challenge to Nunez from a young man he attended the University of the West Indies with – who suggested he was not “true” Garinagu as he could not speak the language.

Born Perfecto Marin, Nunez also says he wanted to honor his late mother, Thomasa Nunez and aunt Valentina Nunez, also known as “Auntie Belen.” But the primary reason for the series is “to ensure that my grandchildren – I am a proud grandfather – and I want to make sure that my grandchildren have something that I had, but for whatever reason, I didn’t practice as much as I should have.”

Garifuna, explains Nunez, is a combination of Arawak and Carib indigenous languages mainly, with borrowed words from the French, Spanish, and other colonizers. He says the children are losing more of the male language, which is the Carib, in the Garifuna language. Over 200,000 people speak Garifuna across the region and indigenous people of South America from Colombia to Trinidad and Tobago still speak Carib.

In an interview with BBN, Nunez explains that “[Nothing is preventing] Garifuna from being taught in any Garifuna community schools, except that the principals in those schools don’t see it as a priority… yes, it is our intention to get Garifuna taught in schools in Belize City as there are efforts by the Battle of the Drums Secretariat in [Punta Gorda] and [National Garifuna Council] in Dangriga, so our effort is for [the] North, West and Belize City by training trainers in collaboration with [the National Institute of Culture and History (NICH)] and the Ministry of Education during the summer.”

However, Nunez says there is no regional standard curriculum for teaching the language – not even a regional forum to look at such standardization.

But in 2018, there was a training of trainers sponsored by NICH and the University of the West Indies (UWI) Open Campus in Belize City and Dangriga. The facilitators included Cordelia Thompson, Sebastian Cayetano, and Damien Parchue; and in Dangriga, Roy Cayetano. The workshop included a visit to the Garifuna Museum. Nunez said, “We have submitted a proposal for the program to the board of UWI School of Continuing Studies and it is under revision. We are hoping for an annual training program in Garifuna language and culture starting in 2020.”

The first book, for $50, is available on Amazon and the second should be by the end of the year.

The design, illustration, and editing team are as follows: designed and illustrated by Diafra Nunez, translated by Codella Thompson and Dr. Gwen Nunez Gonzalez, edited by Sebastian Cayetano, Haneshia Castro, and Damien Parchue.